Unpredictability Will Be The Death Of Me (part Ii: Still Greece) 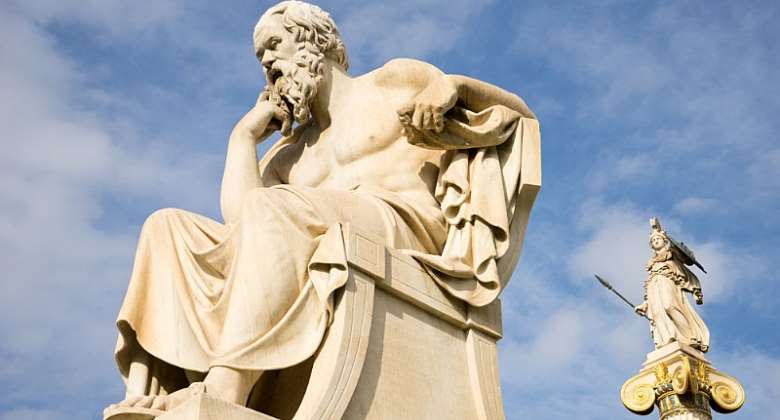 Greece is no nation… At this point in their history, Greece was no nation. It consisted of, as discussed last week, a series of city-states dwelling severally on their respective lands. If written history is to be the ultimate source of validity, then we will say that beginning as far back as 800 B.C. through to where we are at today—the 5th and 4th Century B.C., the nation we know today as Greece consisted of—as islanded as its geography is—city-states comprising different people, living independently of one another, and occasionally seeking conquests of one another’s lands.

Athens was a city which had excelled in supposed civilisation—and it was civilisation in fact, for the people had made advancements in governance, politics, human rights, literature, science, etc., far exceeding those of its contemporaries like Sparta, which was primarily a brute bunch, focused on militaristic exploits more than it did, particularly, human advancements. And far up north was the state of Macedonia, a people comparatively so far off geographically and culturally from the people of Athens, that the Athenians, then, would rather die than to have any form of association with these people. Barbarians! That was the Athenian term for these two and more of such uncivilised states of their kind. And it was out of one of these barbaric lands that one of history’s most prominent figures emerged—Aristotle.

But we are getting ahead of ourselves here.
Can Anything Good Come out of Nazareth?
Born in 384 B.C. in Macedonia, Aristotle spent his teenage and much of his adult years in Athens, having been sent off to this intellectually-stimulating city to further his education in ‘The Academy'—Plato’s Academy founded just three years prior. Its founder, the prolific thinker and writer Plato, had been the student of the great philosopher himself, Socrates. So of course, it was the place for the brilliant young man to be.

But 4th century B.C. was not precisely the best of times for the Athenian society. This ancient state had just come out of the 5th century B.C., an era plagued with countless wars—wars such as the Greco-Persian Wars... This was a series of battles fought between the then world superpower, the Persian Empire and some ancient Greek city-states. Lasting a whopping fifty years, this whole charade started when the ancient Iranian empire, the Persian Empire (stretching all the way from Europe—the Balkan Peninsula through to present day Ukraine, then all the way to the Middle East, then through to parts of India, and then to North Africa’s Egypt) decided to invade and colonise these Greek city-states ‘small’, and to their dismay, found these states being stubborn about it. Athens was one of those city-states that launched a formidable resistance. The tiny state surprisingly won the battles against the Persian Empire. But victory did not mean this state was to be impervious to future attacks. It only meant that future invaders had to work harder at their plans of conquests and consequent colonisation.

But in the meantime the victors set to work. Under its then leader, Pericles, the state found itself ushered into their ‘Golden Age’—an era of sheer expansion in importance, democracy, law, governance, economic growth, et al. The once-upon-a-time abused state (having suffered a potential Persian invasion) was to itself metamorphosise into an empire. It became leader of the Delian League (a confederacy of allied Greek city states formed after the Persian War).

One of such other 5th-century B.C. war fought was the First Peloponnesian War. Spanning fifteen good (bad) years, this war comprised a series of battles fought between the Spartans and Athenians when the former, among other reasons, were just not comfortable with the big-headedness their neighbouring city-state, those Athenian nerds, had been exhibiting—a bigheadedness which could be attributed largely to this victory against the enormous Persian Empire years prior. The war-loving people of Sparta felt it necessary to—as they say—tame the Athenians before their heads and territories could grow any bigger. The Athenians won some of the battles; the Spartans won some; but in the end there were only losers, no winners. Both states found sense, and came to an agreement: no more fighting. So then, a peace agreement was signed between the two, dubbed the Thirty Years’ Peace Treaty in 445 B.C.

404: Athenian Empire Not Found
You guessed it: this peace treaty was eventually broken. Fourteen years after its signing, these two were back at it again. The Second Peloponnesian Wars were fought by these two states, seeking imperialistic rights over the rest of the Greek world. Lasting twenty-seven years, the war ended in the year 404 B.C.—this time around with a decisive victory won. The Athenians came out losers. Because, you see, the Spartans had received assistance from the vengeful Persian Empire. Conquered, the Athenians were consequently colonised. Colonisations almost always comes with the imposition of ideologies and cultures—by the coloniser on the colonised. So the supposed elite society of Athens had its systems—governance, laws, culture, etc., in the puny hands of the so-called barbarian—the Spartan. Alas, Sparta had won the race for Greek hegemony.

Needless to say, in the year 404 B.C., the Athenian empire, accumulated by the Athenian state after its victory against the Persian Empire years prior, could not be found. And in the hands of Spartan rule, the Athenians (together with the allied states) suffered the reign of, what has come to be referred to as, the Thirty Tyrants.

Oligarchy is No Democracy
After conquests, comes colonisation; colonisation is an arbitrary imposition of rule. So ‘rule’ the Spartans gave the ‘snobby’ people of ancient Athens in the form of oligarchy—the rule of the few (we will dissect further this type of governance system sometime later).

This thirty-person government was selected by the Spartans right out of the Athenian locals, and reigned for less than a year. But within these months, these men undertook corrupt and atrocious acts on their fellow Athenian citizens—being prisoners of war, if we are to use the term very loosely (please forgive this misuse of the term). The Athenian was killed recklessly, ruled mercilessly, exiled constantly (all democratic reminiscers and sympathisers were immediately, at best, ostracised). The executions, the exiles, the seizing of properties etc., were all done without trial.

This was a system of government and a legal regime that the people of Athens, having been born into the glory of democracy, had, before their colonisation, deemed the most barbaric of living. They had looked on other city-states like Sparta and Macedonia, and scoffed and belittled them; the former, for its oligarchy, the latter for its monarchy. But now, here was the Athenian, suffering this same ‘tyrannical’ governance.

In the year 403 B.C. (eight months after their installation) the Thirty Tyrants were overthrown. But Athens was still under Spartan imperial rule—a reign which was to last all the way to 394 B.C., when the people of Athens (together with certain allied states—Thebes, Corinth, and Argos) once again fought their colonisers in a war dubbed the Corinth War. This became yet another war to end in the signing of a peace agreement, and not the overthrow of imperial Sparta as envisaged. It did add another layer of imperialism to the Athenian (and allied state) woe, though. Because not only was Athens and the rest of its allied Greek states to be under Spartan influence, but Persia, having once again assisted Sparta in this war, inserted itself into the matter—giving itself the rights to, per the content of the treaty, insert itself into issue surrounding Greek governance and politics.

Sparta was to remain atop of the Greek political food chain for more than half a century—with the Persian Empire on top of it all, acting as some sort of supreme overlord, safeguarding this imperialistic state of affairs.

And our present state of affairs is this: to be continued.