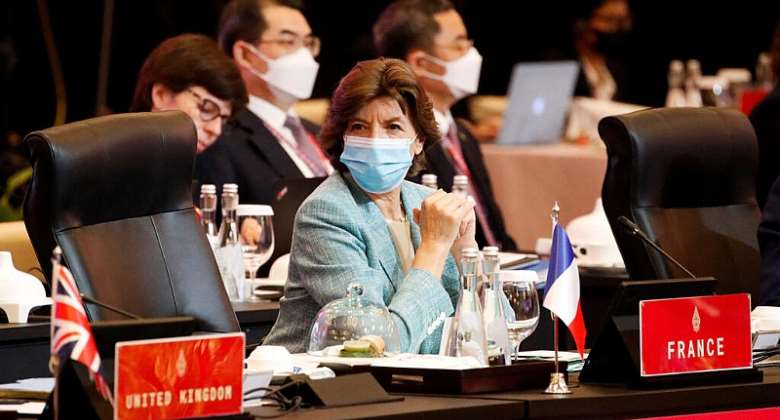 French Foreign Affairs Minister, Catherine Colonna, on Wednesday embarked on a two-day official visit to India. She is due to meet her Indian counterpart, as well as Prime Minister Narendra Modi, to discuss regional and global security issues.

"India and France are long-term strategic partners," Catherine Colonna said in a statement issued before her departure.

"The partnership is maintained by regular high-level consultations, and supported by a growing convergence of interest in a wide number of fields," the statement continues

The French minister is due to visit New Delhi and Mumbai.

Colonna's meeting with Subrahmanyam Jaishankar, Delhi's top diplomat, will notably look at smoothing the way on certain global questions which are likely to resurface at the United Nations Security Council, which France chairs.

The French minister is also to have a meeting with Ajit Doval, one of India's top security advisors. Those talks are likely to focus on shared security concerns, notably in the context of the international "No Money for Terrorism" project, this year hosted by India, and aimed at cutting the money flow to terrorist groups worldwide.

In Mumbai on Thursday, Minister Coilonna is due to meet Indian investors, with a view to boosting commercial partnerships. Defence, climate, migration, education and health are the headline topics.

There have already been high-level exchanges between Paris and Delhi.

Last month, President Emmanuel Macron spoke on the phone to Narendra Modi about the Ukraine crisis and the potential of that conflict to provoke wider destabilisatçion. The two leaders agreed to work to bring the Russia-Ukraine conflict to an end.

India's position as a major importer of Russia arms makes Delhi's attitude to the war difficult. But India did sign the G7 declaration in May calling for "respect for the sovereignity and territorial integrity of all states".

President Macron has promised French aid in coordinating the global effort to mitigate the food crisis provoked by the Ukraine conflict.