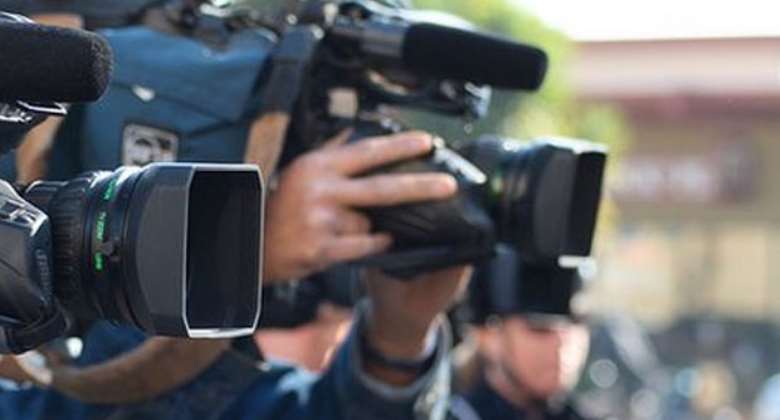 AS MEMBERS of the Fourth Estate, journalists are imbued with the power of ensuring surveillance over society. They are also entrusted with the responsibility of keeping an eye on the society so as to being to the fore the challenges that confront the society.

They are also clothed with the power of watching over public institutions to make sure impropriety is exterminated. This impropriety could include misuse of public funds, looting of state resources and money laundering, among others.

When there is prevalence of corruption and its related activities in society, it remains lags behind in development. This is truism on the basis of the fact, the privileged in society would continue to swim in affluence through crooked means whereas the underprivileged continue to languish in extreme conditions.

The crime of corruption is as heavy as that of an elephant. Journalists, as watchdogs over society, are supposed to expose miscreants as well as public officials who use their offices to amass wealth with impunity, in order that the latter would face the full rigours of the law, thereby checking corruption. This would go a long way in strengthening the democracy of countries.

In Ghana, Chapter 12, Article 162 of the 1992 constitution gives journalists the freedom to discharge their duties without any fear or favour. The constitution empowers them to hold public officials accountable. This helps journalists to nib in the bud corrupt activities in the public service.

But the question which begs for an answer is: have the journalists really been vested with the authority to hold corrupt public officials and other miscreants accountable?  There are a few journalists like Manasseh Azure Awuni, Anas Aremeyaw Anas and others who still valiantly expose corrupt officials as well as other social deviants.  The works of these distinguished journalists have led to those found culpable of corruption to lose their jobs.

How can journalists play their watchdog role over society when society loses trust in then?

Some journalists in the country are actually afraid to vigorously pursue corrupt officials with the belief that their lives may be endangered and even be killed if they are found to be behind the tracking and reporting of corrupt officials. This is especially true because the lives of a few investigative journalists have been threatened in recent times for publishing stories that have led to most people losing their jobs. The lack of protection for these journalists has demotivated a myriad of journalists in the country to chart this path. It has succeeded in numbing many journalists who could have been a voice for the voiceless.

According to Christian, a student, journalists’ alignment to political parties in recent times has suppressed them from watching over society as their profession mandates them, though he concedes that there are some journalists who still perform to the standards of the profession.

“One or two people are doing very well but a few are politically aligned journalists who do things to please political parties and we know a lot of them,” Christian stated.

To a level 300 student of the University of Ghana, Awiah Kaweh Martha, journalists do not live to the standard of their profession of watching on the society. She, thus, attributed this to most of the journalists' desire of obtaining quick money to the detriment of being watchdogs of society.

“Some of them who are into it for a very long time are particular about the money. Majority of them are not living up to expectation. Some are there; they are not watching the community, they are just looking at news that will trend,” she said.

To Esther, a seamstress, “Majority of journalists are not living up to the standards.”

In Naffisah’s view, journalists of today have thrown the ethics of the profession to the sea, adding that “They have developed an unquenchable appetite for money.”

These were five out of fifteen views expressed by residents of Accra in a random interview with Elijah Beyeni, a student friend of mine on Friday. These views are a clear manifestation of the fact that the public's confidence in journalists’ ability to watch over society has eroded.

Journalists should also see it as a necessity to adhere to the Code of Ethics of the Ghana Journalists Association (GJA). The GJA Code of Ethics advises journalists to shy away from taking bribes or any form of inducement that would influence their story writing. It also demands that journalists report the truth at all times. Journalists should see the need to uphold these ethics so that they can effectively play the watchdog role in society. This would help journalists win back the trust of the masses and consolidate the country’s much-touted accolade as the Oasis of Democracy in Africa.