Security And Sovereignty Of Ghana: A Critical Analysis 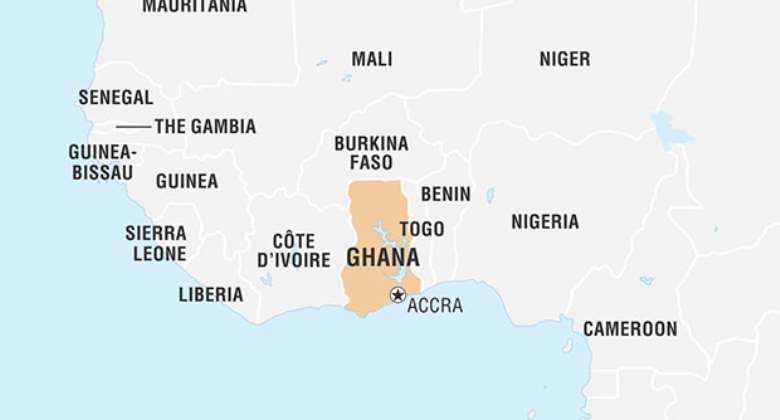 GHANA IS located in a sensitive and volatile region. In recent times, there has been significant instability in the sub-region as well as globally. This has had an impact on how Ghanaian security policies are framed and implemented. In this article, we explore the role of security and sovereignty in the foreign policy of Ghana, examine how they are interlinked, and discuss their implications for the country’s domestic stability and international relations. To understand the threat to Ghana's national security, we need to look at both internal and external factors that might put it at risk. The ability of any government to provide its citizens with sufficient economic opportunities, social services, good education standards, healthcare access and other factors that determine quality of life are known as “human development indicators”.

Obah-Akpowoghaha et. al. (2020) research on Porous Borders and the Challenge of National Integration in Africa: A Reflection of Ghana, Republic of Benin, and Nigeria, found out that Ghana's borders are porous and heavily used by smugglers. It is a transit country for narcotics, arms, humans, and other contraband. It is susceptible to infiltration by extremists and terrorists. And neighboring states have porous borders that allow criminals to operate with impunity. The bulk of Ghana's population lives along the coast, leaving the interior largely unpopulated and vulnerable to incursions from neighboring states. Many of these are unstable, economically fragile and have weak governments. The growth of Chinese investment in the region has led to a proliferation of Chinese workers in the mining sector. Ghanaian workers feel that their jobs are threatened by this new trend. Many of the countries in the region are engaged in territorial disputes, which have the potential to escalate into armed conflict. They also have poor human rights records. This poses a threat to Ghana in cases where they are hosting refugees and asylum seekers who have fled from neighboring countries as a result of internal conflicts.

Resource Scarcity
Ghana is one of the world's largest producers of gold and diamonds. However, the mining sector, which accounts for 45 percent of Ghana's export earnings, is the most important source of the government's revenue and foreign exchange earnings. It is also the engine of economic growth and government employment. The government has been criticized for failing to diversify the economy away from this single source of revenue. The dependence on gold and diamonds has led to inflation, which has spiraled out of control. This has had a negative impact on the general population and on business interests as well. The declining gold and diamond reserves are another cause for concern. The government expects to run out of gold in the next ten years. This could result in a decline in the economy and a decline in government revenue, which will adversely affect the provision of public services.

Instability In The African Region
The Mano River region, which is located in the southern part of the West African sub-region and includes Ghana, Liberia, Sierra Leone, and Guinea, has been plagued by unrest for decades. Liberia's internal conflicts, which began in 1989 and ended in 2003, resulted in the death of a quarter of a million people and the displacement of 2 million, or one-third of the country's population. Although Liberia was declared a free and democratic society in 2006, it is still struggling to recover from the effects of this brutal civil war. Sierra Leone, which shares a border with Ghana on the Atlantic Coast, endured a decade-long civil war that ended in 2002. The war left 75 percent of the country's population living in poverty. The country is still plagued with corruption and poor governance, and it has only recently emerged from a state of emergency.

Instability Globally
Economic Issues: The world economy is suffering from a slowdown and will continue to be so in the foreseeable future. This has left many business entities and investors worried about their prospects. A decline in economic growth will lead to a decline in revenue and foreign exchange earnings, which will have a negative impact on the provision of social services. Environmental Issues: Global warming, the depletion of natural resources and ecological imbalance pose a serious threat to Ghana. Rising sea levels will inundate coastal areas, leaving them uninhabitable. This will prompt the government to relocate these areas, which could result in an increase in government spending. Natural disasters such as floods and droughts will also increase and will require government spending to mitigate the effects. Health Issues: There has been an increase in the number of epidemics such as the Zika virus, the Ebola and yellow fever epidemics, as well as the global pandemic – Corona Virus. These were declared public health emergencies by the World Health Organization.

Sovereignty And Security Of Ghana: What Is To Be Done?

All these factors indicate that the government must be vigilant and show leadership in ensuring that the security and sovereignty of Ghana are maintained. The government should institute measures that address the root causes of these challenges. It should also strengthen law enforcement and border security measures to curb human and narcotics trafficking, money laundering, and other criminal activities. The government should also diversify the economy and invest in sustainable development to prepare for the future. There should also be a sustained effort to improve the level of education of the population and to enhance their critical thinking skills so that they are able to make informed decisions and understand the complex issues that confront the country.