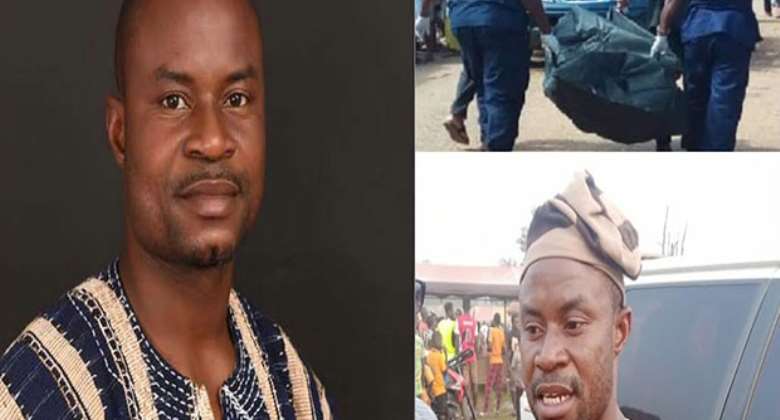 The secret of tomorrow remains the power of Almighty God. There is no mortal who can accurately predict with utmost certainty the events to happen tomorrow or even the next hour if not the very next minute.

What is certain, however, is that all mortals shall one day cease to exist. The million dollar question is “how are we going”? I was a soldier, and one day in Lebanon, on duty, with some soldiers, a PLO missile fired into the UN base instantly killed somebody, right under my very nose.

Several times I have given testimony in church that Almighty God has saved me from as many as SIXTY SIX motor accidents. You can die through drowning, through assassination, through sleep or even through swallowing your own saliva!!

The latest in the rumor mill reported nationwide in both the print and electronic media is that the Honorable MCE for Krachi East, who was found dead in a hotel room in Kumasi, was suspected to have died through a spasm of hot sex with his woman. When Police forced open his hotel room door, they allegedly found him lying naked, motionless on the bed, with spermatozoa between his thighs!!!

The first time I heard a story like this was in 1972 when I was on post O' Level holidays in Accra at a wake-keeping in Palladium. I asked myself incredulously “How can a man die while having sex?”

According to medical science, for us men, sexual activity is the best form of exercise for the heart, and, therefore you must NEVER attempt to have sex unless you are physically fit, especially not when your blood pressure is high.

Interesting enough throughout history, since all creation, no man has ever died while enjoying his wife.

So, then, reader, what lessons can we draw from this sad embarrassing news?

First of all, make sure you are healthy before you attempt to insert your phallus into the hallowed aperture of the fair sex otherwise, you are a candidate for the grave.

Secondly, if in doubt, avoid extra marital affairs. It is very safe when you are in bed with your legally sanctioned woman. No amount of savage upper cuts will be lethal and you are safe.

Thirdly, I know it for a fact that the Residency in Kumasi has room for at least 20 Government officials. If truly, as the Regional Minister says, he was in Kumasi for investment promotion, “Why did he not go to sleep at the Residency? Why burden the taxpayer with hotel bills?”

Fourthly, when I was MP/Deputy Minister, I noticed that the only time any Minister, MP or DCE has to actually work or serve … his district or constituency, is weekends. So, what compelling reason took the MCE from his base in Kete-Krachi to Kumasi for three days? Conference? Investment promotion? Or what?

Finally, the young lady in the center of the storm, who was she? Where is she? Why did she run away? A lady friend once told me “Captain, wives are for better for worse, but girlfriends are “for bitter only”.

But let me stop pontificating. There will always be an easter to this story.