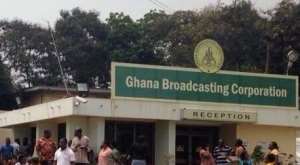 Electricity Company of Ghana (ECG) revenue taskforce has disconnected the Ghana Broadcasting Corporation (GBC) from the national grid for a GH¢6.1 million debt.

The taskforce was ordered to take the national broadcaster from the national power grid for its failure to show commitment toward paying its debt that has lasted for months.

GBC has since switched to a generator set to run its operations.

This will be the third time, if not more; that GBC will suffer a similar fate for non-payment of electricity bills.

Earlier in April, GBC was taken off the national grid over unpaid utility bills to the tune of GH¢15, 420,246.

The state broadcaster was also disconnected in October 2021 for failing to settle its indebtedness to the power distributor.

Citi News sources at the time indicated that GBC has not shown enough commitment to paying its debt, which earns it the 14th and 15th position on a list of 29 highly indebted clients of ECG targeted for disconnection.