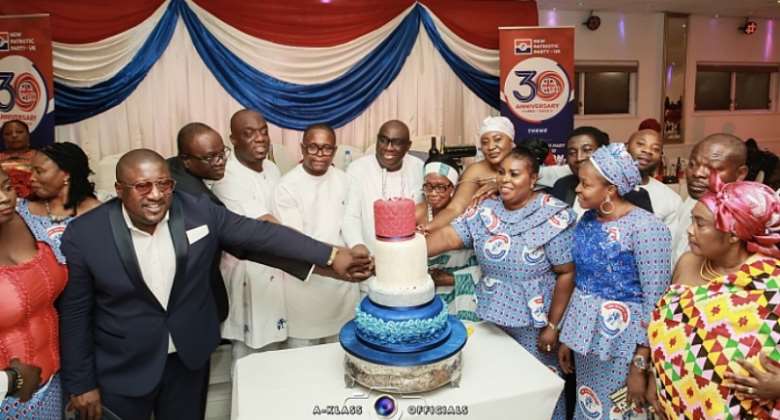 The premier Branch of the New Patriotic Party in the United Kingdom commemorated its 30th Anniversary on Sunday, August 28 at the La Royale Banquetting Suites in London.

In the speech delivered by the Chairman of the Premier Branch Mr Kingsley Adumattah (Wofa K), he thanked the founding fathers for their efforts in ensuring democracy in Ghana. He was also very thankful to members for their drudgery over the years. Chairman Wofa K urge members to continue to support the party in its quest to break the eight.

All other speakers particularly the General Secretary of the party Lawyer Justin Frimpong Kodua (JFK) were thankful to the good people of Ghana for voting for the NPP. JFK emphasised the need for members to learn to forgive each other, remain united and work together to break the eight.

The 30th Anniversary was well attended with members gorgeously dressed in their dinner wear to grace the occasion. The night was joyous as members of the NPP were full of pomp and pageantry.