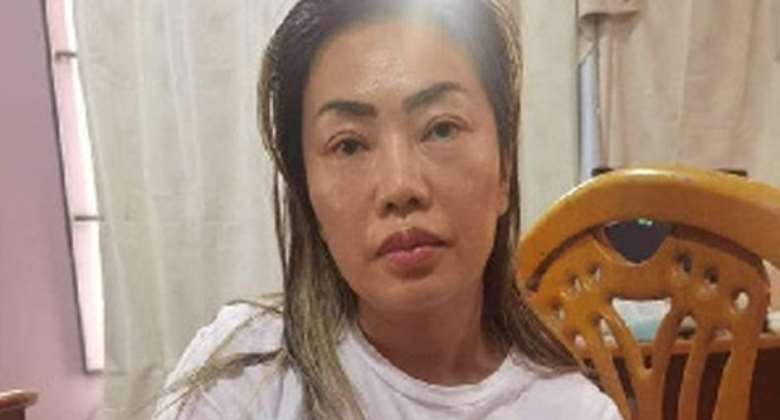 Ghana and China have built up a warm relationship since Ghana became independent in 1957.

At that time, China, which had come under Communist rule in 1949 (after the Communist Party had emerged victorious in a protracted civil war against Chiang Kai-shek and his Kuomintang Party), had been deprived of China’s seat at the United Nations by the USA and its allies.

The Western allies allowed Chiang Kai-shek, who was operating from Taiwan at the head of a “Nationalist China” government, to occupy China’s seats both in the UN Security Council and the General Assembly.

The ‘Afro-Asian’ bloc at the UN, which had been growing in strength since the Bandung Conference of April 1955, concluded that this was extremely unfair to China, since the Soviet Union and other Eastern European countries also possessed Communist regimes but had been allowed to occupy keep their countries’ seats at the UN. So, the Afro-Asian bloc mounted a relentless campaign to give the seats back to China, as represented by the Government of “The People’s Republic of China”. Ghana, as one of the leading African members of the bloc, supported this campaign to the hilt.

In 1971, the Afro-Asian bloc succeeded in regaining for China, her rightful seats at the UN. This remarkable feat was welcomed by most people in the developing world, including Ghana.

It is therefore extremely disappointing to find that in recent years, Ghana and China have been allowing a phenomenon known in Ghana as “galamsey”, to create tension between their two peoples (as against their governments.)

“Galamsey” is a system of illegal mining carried out by so-called “small-scale” miners in Ghana, whereby, instead of carrying out gold mining at deep levels (as is done by big mining companies), relatively shallow holes are dug down the ground, as well as beneath riverbeds and food and cocoa farms. Because many areas of Ghana are rich in gold deposits, galamsey has become a thriving industry in its own right, illegal though it is. The harm it has done to Ghana’s environment is incalculable.

What the galamseyers do is to use modern earth-moving equipment, such as excavators and bulldozers, which can churn up gold-bearing soil from farms and riverbeds, in enormous quantities. The soil is then “washed” inside the rivers, with mercury, cyanide and other harmful chemicals being used to pry out gold dust and nuggets from the soil brought up from riverbeds and other types of subsoil.

The process of washing” the gold is made easier with the use of a Chinese-made contraption called “changfan”. Many have been imported into Ghana and one of the features of galamsey that puzzle the public is that although their purpose is only too obvious to everyone, the Ghana Government nevertheless allows their importation.

The use of such harmful machinery on major rivers in Ghana, such as the Ankobrah, Pra, Tano, Offin, Birem, Oti and Densu, has polluted the rivers, changing their colour to ugly mud-brown and varying hues of yellow. Streams and tributaries that are fed with water from the big rivers (with which they, in turn, supply water to the many towns that have flourished near the ancient “settlements” created by earlier generations of Ghanaians, are either dead or dying. The destroyers of the water are unmindful of the fact that our wise ancestors always settled close to sources of constant water, for obvious reasons of survival. Now, many of our villages and towns have water that poses a serious health risk to those who drink it or wash with it.

Many Ghanaians are therefore being forced to buy “sachet water” produced by a multiplicity of companies whose luxuriant growth poses another risk to the health of those who consume their product.

The Government of Ghana has launched several “operations”, in which military and police personnel arrest “galamseyers” Some are punished and the punishment has been stiffened by a new law called “At 995”. Yet the damage to our environment continues unabated.

Those arrested during such “operations” often include Chinese nationals and the visibility of these Chinese who act as partners, or employees, of Ghanaians engaged in criminal galamsey activities is creating resentment amongst the Ghanaian populace.

The Chinese are in high demand because they are more adept at the use of machinery and modern techniques for galamsey purposes. Some also are also suspected of smuggling of gold to China.

The situation is extremely complex and has resulted in a sort of “diplomatic shadow boxing” between Ghana and China. The Ghana Government complains in muted terms that the Chinese are breaking Ghanaian laws. But this is met with the retort that “the Chinese do not know where Ghana’s gold is” and that it is Ghanaians who take them to the areas where gold exists. One Chinese envoy was reported to have pointed out that the Chinese also have trade relations with South Africa and yet, even though South Africa also possesses gold deposits, galamsey does not take place there! The envoy’s hint to Ghana was that whereas South Africa enforces its laws, Ghana does not enforce hers.

Meanwhile, Ghana’s rivers and water-sources continue to be polluted. Some scientists calculate that if present trends are maintained, and if the effects of climate change are added to the pollution created by galamsey, then Ghana will have to import water in a decade or two. But (Ghanaians have begun asking) “where from, and with what money” in a world where “water wars” are expected to occur soon?

It is against this background that a sensational bit of news has been dominating the media space in Ghana. The news relates to a mysterious Chinese woman, Aisha Huang, who was deported from Ghana in 2019 for engaging in galamsey activity. She had been charged to court for the alleged crime, but before the court could arrive at a verdict; the Ghana Government stopped the case while it was still going on!. (The Government made an application to the court for a “nolle prosequi” (a Latin term which means that there would be no further prosecution.) With the cessation of the prosecution, Aisha Huang was supposed to have been deported from Ghana. But she may not have been deported at all, according to highly-placed officials sources in Ghana.

Of course, the decision of the Ghana Government to deport Aisha Huang rather than allow a court to decide on her fate, created enormous public interest. Why had the Government stopped the prosecution? Was it because (it was speculated) if Aisha Huang entered the witness box and began to give evidence, she might mention some “big names” in Ghana’s Government as her “sponsors”? Or, (it was further speculated) would some “big names” be revealed as “paramours” or men with whom she had carried out romantic relationships?

As if the speculations were not mind-boggling enough, it was also postulated that Aisha Huang was deported because the Ghana Government did not wish to antagonise the Chinese Government (with whom it was negotiating for a project loan at the time in question).

The questions died down, but then what should we suddenly hear but that despite having been allegedly “deported” from Ghana, Aisha Huang had been arrested again in Ghana and been taken to court in Accra?

This is the report that shook Ghanaians:

“Date: Sep – 05 2022 - An Accra Circuit Court has remanded Chinese national, Huang Ruixia, alias Aisha Huang, and three others, for allegedly engaging in illegal mining in Ghana. The accused persons were charged for engaging in the sale and purchase of minerals without a licence.

“The other three are Jong Li Hua; Huang Jei and Huiad Hiahu, all Chinese nationals. Aisha Huang is facing an additional charge of engaging in mining without a licence. They were arraigned on September 2, 2022. Aisha’s plea to the charges is yet to be taken by the court (presided over by Mr Bright Acquah) since the court had no Chinese interpreter at the time [they were arraigned. UNQUOTE

According to the facts presented by the prosecutor, Detective Chief Inspector Frederick Sarpong, “Aisha Huang had previously escaped prosecution in Accra when she was arrested. She returned to her country [China] and changed her identity, only to come back to Ghana to commit the same crime for which she had escaped prosecution earlier.” UNQUOTE

It can be argued that both Ghana and China are guilty of allowing Aisha Huang and her accomplices to poison relations between our two countries. The two countries should, henceforth, take the participation of Chinese citizens in galamsey in Ghana very seriously and work out an equitable way of ending it. For water is the source of life, and ignoring what is being done to Ghana’s water sources by the galamseyers can create the belief amongst the Ghanaian populace that the future of their offspring is being sacrificed for nothing.

Indeed, it is not to be gainsaid that the goodwill between the two countries will only endure, if and when galamsey ceases to exist.