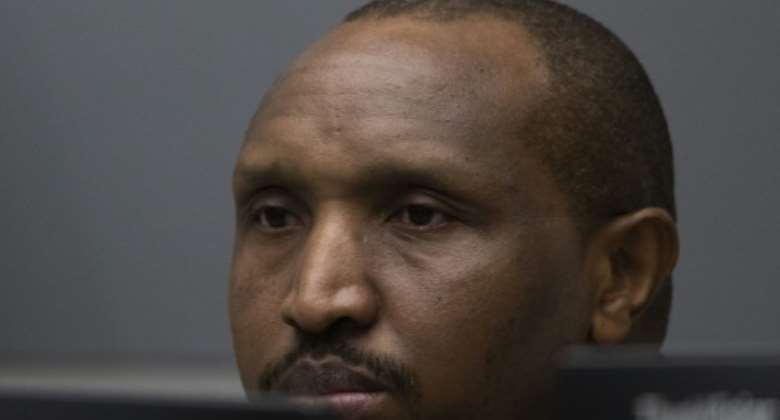 The Rwandan-born 48-year-old was convicted of five counts of crimes against humanity and 13 counts of war crimes. By Peter DEJONG (ANP/AFP/File)

The International Criminal Court on Monday ordered the review of a $30 million reparation package for victims of DR Congo warlord Bosco Ntaganda, saying the number eligible for compensation was absolutely unclear.

Named the "Terminator" for his reign of terror in the vast African country in the early 2000s, Ntaganda was jailed for 30 years in 2019 for war crimes and crimes against humanity.

Last year the Hague-based court awarded $30 million (29.6 million euros) in reparations including for victims of crimes by child soldiers, rape and sexual slavery.

But judges Monday agreed with Ntaganda's lawyers on a number of points on appeal -- including on the exact number of victims who needed to be compensated and how trial judges determined the amount which Ntaganda had to pay.

"The reparations order was made without having any concrete estimate as to one of its fundamental parameters, namely the number of victims" to be compensated, Judge Marc Perrin de Brichambaut said.

Trial judges not only failed to say how many thousands of victims there may have been, "but also at least gave the impression that the relevant figure might be anywhere between at least 1,100 to... 100,000," victims, he said.

This had a domino effect, meaning it was also "not discernable... how the sum of $30 million was then arrived at," De Brichambaut said.

"Setting an amount for the award without reference to the concrete estimated number of victims constitutes an error," the judge said.

The ICC's appeals judges "reversed the findings of the Trial Chamber" and sent it back so a new reparations order based on more accurate numbers could be issued.

It was not known when a new ruling on compensation will be issued but the decision delayed the payment of reparations to victims -- many who have been waiting for years.

The ICC last year upheld a 30-year sentence on appeal for war crimes against Ntaganda.

The Rwandan-born 48-year-old was convicted of five counts of crimes against humanity and 13 counts of war crimes, including murder, sexual slavery, rape and using child soldiers.

Ntaganda was the first person to be convicted of sexual slavery by the court.

Many of the other charges related to massacres of villagers in the mineral rich Ituri region of the Democratic Republic of Congo.

Deaf Association calls for deaf-friendly curriculum for deaf...
14 minutes ago

‘Something is wrong somewhere’ — Otumfuo wonders why galamse...
14 minutes ago