Can the broken NPP be fixed? 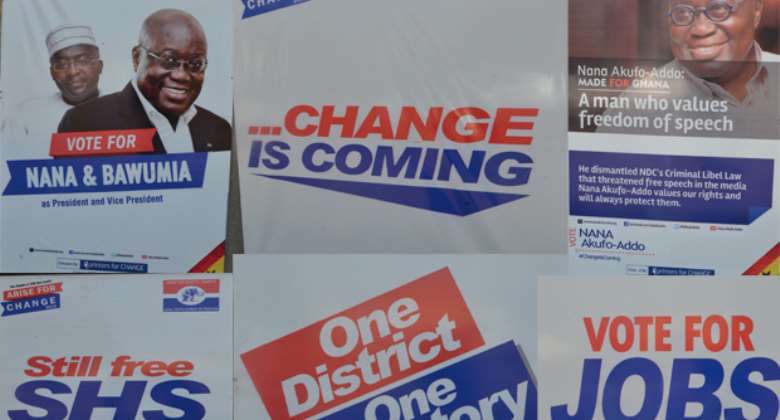 Some few months ago, I wrote an article and stated emphatically that these new Executives of the New Patriotic Party (NPP) have been elected not to win any national elections in the near future but to fix a broken political party.

Few weeks into taking office, individuals and events in the party are testing their resolve to see if they can fix the broken party. If they go by the status quo, I can assure them that they will not go through their next internal elections. This is why:

At the time the President was making that endorsement, the immediate past NPP parliamentary member for that constituency, Hon. George Andah, was standing right behind him. A clear indication that the President sees himself as someone above the law.

The leadership of the party rebuked Hopeson Adorye and others for publicly campaigning for Alan Kyeremanteng. It is also public knowledge that Alan will be running as a Presidential candidate.

The arrogance, insubordination and lawlessness in the NPP caused John Boadu and others their job. If the broken NPP can be fixed, we are waiting for the day the leadership of the Party will publicly rebuke the President too for his lawlessness.

*Kwame Baffoe. (Abronye DC)* One of the hallmarks of a broken NPP was the way the old Executives handled caricatures like Abronye DC and Wontumi. They allowed them to do and say anything at all without any restrictions. Last week, Abronye DC was again on this reckless allegation that H.E. John Mahama was paid the highest ex-Gratia of GHC14 million. This means the old rot in the party is still in place.

The leadership of the party should know that they benefited from the junk party when the 15 Regional Chairmen went against their party constitution to support the dead dogs.

If they don’t fix the party by bringing some people like Nana Akufo-Addo, Abronye DC , Wontumi and others to order, new candidates will also benefit from their weak leadership.

*Aisha Huang and Galamsey* The president put his presidency on the line if he loses the fight against galamsey. With the re-arrest of Aisha Huang in Ghana, why is Nana Addo still the President of Ghana? With all the drama around Aisha, missing excavators and the color of our water bodies, should it take me to tell the President that he has lost the fight against galamsey, so he should keep his word and resign? I think the call for the President to resign is not loud enough. Maybe, people think he is a reasonable guy, who knows what to do.

By the way, do we know that E-Levy is charged when one sends as low as GHC30.00? Why are Ghanaians quiet as the E-Levy law is being broken? The country is not hot enough. People are just too comfortable. It’s so sad.