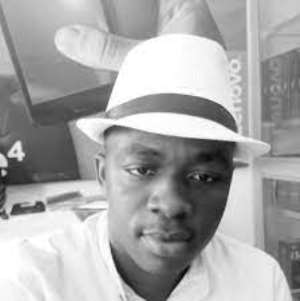 A study by the University College of London and Vue Cineman in 2021 established a positive relationship between mental focus and fixation and the movies that we watch. The research indicates that movies might generally improve cognition and memory; however, people who watch movies are fixated on the movies. This may be the reason for rating movies in terms of age and content, to determine the appropriate age for watching the contents of a particular movie. Even the age ratings do not necessarily take away the psychological effects of the movie on the individual. A movie with a graphic scene, for example, may affect an adult who watches it. The importance of advice and warnings contained at the beginning of movies can thus not be overemphasized.

The recent spate of ritual killings in Ghana especially among teenagers has been blamed largely on occult movies, which portray characters getting rich overnight after engaging in human sacrifice. Some of these movies portray struggling young men and women who become wealthy suddenly after engaging in demeaning and unnatural sacrifices. In West Africa, the Nollywood movie industry has mostly been accused of this phenomenon. The effect of such movies on the psyche of the individuals who watch them may be devastating. A few days ago, a 42 years old man was arrested for allegedly attempting to sacrifice his 11 years old daughter in a ritual ceremony that was supposed to make him wealthy. The incidence of ritual killings in Ghana seems to be on the ascendance and whilst there may be many reasons for the same, the role of occult movies as suggested by many cannot be overruled.

Occult movies especially those depicted in Nollywood movies are scary and the scenes look very real. However, most of these movies do portray the end of the individuals engaged in the ritual killings to be disastrous, which should have been a caution or deterrent to anyone motivated to engage in the practices in the movies. Unfortunately, most people fail to follow the plot of the movies and pick up snippets. They focus and fixate on the parts that appeal to them, contemplate on the same, and then follow up to act on it. The moral and ethical lessons thus contained in these movies are thus completely ignored. Most African movies are written and acted around interesting themes that focus on the appreciation of positive values like respect, hard work, and integrity among others. The occult movies do not necessarily establish a positive relationship between occultism and wealth. On the contrary, the movies try to establish a negative relationship and disastrous end that awaits individuals engaged in occultism. Whilst occult movies may contribute to the general perception of easy ways of becoming wealthy among the youth especially, it is not the objective of the screenwriters to send such a message to the public.

The desire for wealth by whatever means possible has become a cancerous tumor afflicting the youth in recent times. The failure of society to question the source of wealth of individuals and groups before praising them for their hard work and success is one of the motivating factors leading many to ritual killings. The shifted focus from meritocracy to praise singing and the desire to get rich overnight is another reason for ritual killings in Ghana. What must we do to minimize the canker?

The national commission for civic education must as a matter of urgency and necessity take up the task of educating Ghanaians on the negative effects of ritual killings. Our religious leaders must also take up the challenge of preaching against the phenomenon. Ghanaians, in general, must be watchdogs against ill-gotten and unexplained wealth.