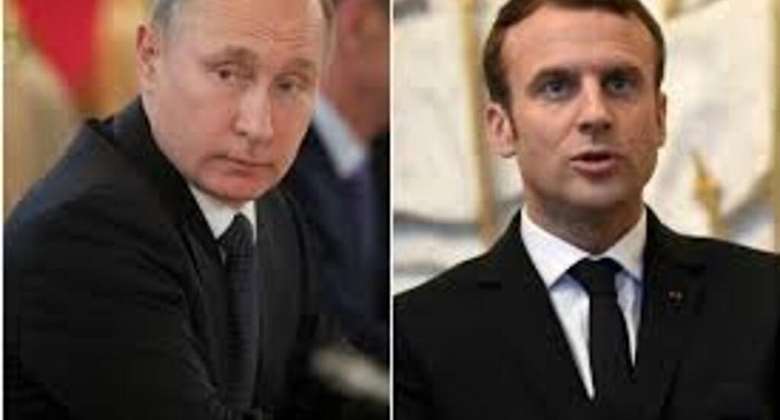 President Vladimir Putin on Sunday warned his French counterpart of the potential "catastrophic consequences" of what he said were Ukrainian attacks on the Zaporizhzhia nuclear power plant in a Russian-controlled area of Ukraine.

During a telephone call with Emmanuel Macron, Putin "drew attention to regular Ukrainian attacks on (Zaporizhzhia nuclear) facilities, including a radioactive waste storage facility, which is fraught with catastrophic consequences," the Kremlin said in a statement.

The statement said that the call was made "at the initiative of the French side" and that the conversation comprised a "detailed and frank exchange of views on the situation in Ukraine."

Putin said Russian specialists at the plant were taking steps to ensure its safety and said Moscow was ready to continue work with the UN's atomic agency to agree on "non-politicised" solutions to problems at the facility.

Ukraine's nuclear energy agency said Sunday the final reactor at Zaporizhzhia was shut off as a safety measure.

During the call with Macron, Putin also accused Ukrainian forces of using Western-supplied weapons to target civilian infrastructure in the eastern Donbas region of Ukraine.

The call took place after Ukraine reported that its forces were pushing back Russia's military from strategic holdouts in the east of the country.

Safety measure
Meanwhile, Ukraine's nuclear energy agency said the final reactor at the Russian-controlled Zaporizhzhia plant, Europe's largest nuclear power station and a focal point of the conflict, was shut off as a safety measure.

The speed of Ukraine's fightback against Russia's invasion has apparently caught Moscow's military off-guard, bringing swathes of territory Russia had controlled for months back into Ukraine's fold.

Crates of dumped munitions and abandoned military hardware were seen scattered in territory left by the Russian forces, images posted by the Ukrainian military showed.

"The liberation of settlements in the Kupiansk and Izyum districts of the Kharkiv region is ongoing," the Ukrainian military said in a general battlefield update Sunday, 200 days into Russia's invasion.

These are key supply and logistics hubs that Russia depends on to restock its frontline positions in the east.

Military observers have said their capture by Ukraine would be a serious blow to Moscow's military ambitions in Kharkiv.