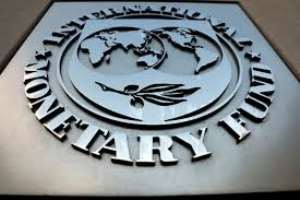 Fellow Ghanaians, the latest comments made by the IMF Boss on the state of the Ghanaian economy expectedly steered a beehive of pandemonium and controversy triggering unnecessary social media spam.

There are those who think the comments by the IMF Boss are unfortunate considering the excruciating economic conditions the good people of Ghana have been subjected to by the government. However, I believe madam Kristalina Georgieva may not have malevolent motives for making those comments that seem to purge the government of blame for our economic quagmire. Instead, it’s to shield the government and Ghana at large from the social chaos and economic turbulence Sri Lanka went through couple of months ago.

In April 2015, the Executive Board of the International Monetary Fund (IMF) approved a three-year arrangement for Ghana government with a total amount of 918 million dollars under the Extended Credit Facility (ECF) to support the medium-term economic program of Ghana.

At the close of the Executive Board's discussion, Mr. Min Zhu, then Deputy Managing Director and Acting Chair had this to say: "After two decades of strong and broadly inclusive growth, large fiscal and external imbalances in recent years have led to a growth slowdown and are putting Ghana’s medium-term prospects at risk. Public debt has risen at an unsustainable pace and the external position has weakened considerably. The government has embarked on a fiscal consolidation path since 2013, but policy slippages, exogenous shocks, and rising interest costs have undermined these efforts. Acute electricity shortages are also constraining economic activity."

This was the statement by the IMF in 2015 under His Excellency President John Dramani Mahama. And according to them, factors that militated against the progress and growth of the economy of Ghana at the time were public debt rising at an unsustainable pace, exogenous shocks, and ALSO DumSor (power shortages).

Note that, the conjunctive "also" here means that the other factors were more severe and devastating. Which means, with only the power outages as the problem, Ghana's economy could survive. But the Ebola outbreak, and dwindled oil and gold prices globally, were the major exogenous shocks that crippled the Ghanaian economy.

Furthermore, among other things, the objectives of the program, according to Mr. Min Zhu, were to achieve "a sizeable and frontloaded fiscal adjustment while protecting priority spending, strengthen monetary policy by eliminating fiscal dominance, rebuild external buffers, and safeguard financial sector stability."

"Achieving key fiscal objectives, the IMF continued, will require STRICT CONTAINMENT OF EXPENDITURE, in particular of the wage bill and subsidies."

This advice embedded in Ghana IMF program in 2015 was not given for the running of the domestic affairs of President Mahama. It was given to marshal the country in the right direction.

However, when the NPP came to power it binned this economic wisdom given by the IMF. Instead, the exact opposite was what Akufo Addo and his boatload of ministers started to do and are still doing.

Fellow Ghanaians, won't it amount to hypocrisy and probably gross incompetence on the part of the IMF today if the Fund thinks it's not bad policy and mismanagement by officials of the Akufo Addo’s government?

Because it was the same IMF that observed these realities about the Ghanaian economy in 2015. And less than two years later a new government took over and decided to jettison and ignore all this wise counsel by the IMF, and rather did the exact opposite plunging the country back to ugliest mess than the previous.

How then would the IMF try to exonerate the government of this comatose state of our economy?

As a matter of disciplinary measures, in the first place, the Fund must not have listened to the Cock and Bull story of the Ghana government which, a while ago, decided to abandon the advice offered by the Fund.

But you see, the Ghana government did not decide to trash the wise counsel by the IMF because of the fake and fraudulent policy of “Ghana Beyond Aid” policy. That policy was completel balderdash! Its was to aid and abet the government to engage in naked robbery based on Kalebule projects such as Planting for Food and Jobs, NACOB which was a fraud and dead on arrival; the so-called Free Education, which reigns total havoc on the quality of education of Ghanaian SHS leavers; one-village-one-dam and other one-nonsense-plenty-corruption projects.

As a student leader, I have come to realize that the more projects a certain student leader decides to work on, the more money they get to siphon off through kickbacks!

Why is it that the New Patriotic Party, NPP, claims to be a liberal democratic party as a matter of political ideology that don't want to have anything to do with the National Democratic Congress (NDC) as a Social Democratic party? Meanwhile, the NPP are always the first to initiate so-called social-intervention projects? Especially when an international economic advisory body like the IMF counsels the country against such practices? Wake up and rise up against political carcass eaters, economic blood sucking thieves, and social miscreants!

The answer is not farfetched, fellow Ghanaians: It is because of corruption!

In any case, do this bunch of crooks are suggesting that the IMF Program President Mahama undertook was meant for Togolese economy or his own household? Was not prescribed for managers of Ghana's economy regardless of the political ideology and party? Does hunger have a political coloration? Poverty is poverty and suffering is suffering.

So, it was in that context President Mahama implored the IMF boss to be factual about the reality rather than playing to the gallery and trying to flog a dead horse.

However, some Ghanaians who are either living under a rock or just being enablers and promoters of evil, think the IMF should not hit the government hard with the reality.

For me I believe the deliberate covering up of the inequities of the bad managers of the Ghanaian economy by the IMF Boss could mean a force for good. The only problem is that, the KEY participant in that "national gangsterism and burglary which has contributed to the present mess, are capitalizing on the comments of madam Kristalina Georgieva to hammer home cheap points. That is, the government wants to shed its toga of ineptocracy and irresponsibility as far as the bad economy is concerned by using her comments as a cover. They have been looking for cover having swindled and emptied the coffers of the country.

What leaders don’t want to take responsibility? If not Russia-Ukraine war, it is the death of the Queen of England etc. that cause the mess? It is never as a result of governmental mediocrity and myopia.

We begrudge them not. These are men and women who have made stealing their pastime in the last six years since the inception of this "scramble for Africa" government, devouring everything and anything we have ever had as a nation.

They have shared state lands and other properties and even have the audacity to bequeath their proceeds of corruption as inheritance. You won’t find apparent godforsaken greedy bastards than this group of people.

As indicated above, while it's very difficult to decode the intention of the IMF Boss for her open support of such a bad governance, one thing is certain that, the last thing the IMF would allow to ever happen again is to watch another country goes the Sri Lanka way. Till date, nobody knows where that country's former "thief" (President Gotabaya Rajapaksafrom) ran to hide after fleeing from the country. He was only lucky enough that he escaped through secret tunnels in the Sri Lankan presidential Villa, he was going to be the next Colonel Muammar Gaddafi of Libya.

You and I know that his level of corruption is matchless as far as our own GOAT President Akufo Addo. And the amount of money the IMF decides to give them says it all. Only 2.9 billion dollars. An amount previously granted to Ghana free of charge by the IMF, which disappeared into cul-de-sac in less than a year. This is despite over 300 billion borrowed by the government and an addendum of 30 billion Covid-19 Funds.

So, Ghana being ranked second only to that messed up country is an indication that the factors which culminated in the collapse of that State can't be farfetched as far as Ghana's economic situation is concerned. Hence, the IMF Boss’s desperate measures to protect Akufo Addo and to prevent the same disturbances that wrecked Sri Lanka from happening to Ghana.

And it was fundamentally nothing more than unprecedented levels of corruption and mismanagement of Antichrist proportions that beleaguered Sri Lanka.

Ghana government witnessed with their pair of eyes what happened to their counterpart corrupt Sri Lanka and the dividend that country reaped. Hence, the latest bromance with the IMF by the government of Ghana to help forge a false narrative in order to defend them. Akufo Addo doesn't want to be chased out of the Jubilee House like Sri Lankan did to their President because both have their snouts in the honeypot of corruption. Hence the continuous lobbying for the Fund's support in order to divert an impending political calamity that is about to befall the government of Ghana.

In order to avoid similar turmoil, if not worse than that in Ghana, the IMF has no choice than to massage and negotiate facts about the economy.

I feel very sorry for grandma Georgieva having been bamboozled into covering such a mess by a reckless and clueless but arrogant government.

God in His own time would deal with these criminals.