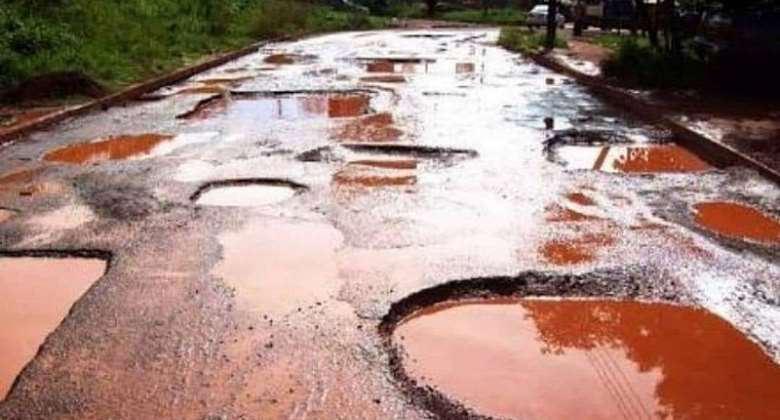 Information reaching this website from Sokoban in Kumasi in the Ashanti Region indicates that a high powered government delegation on Wednesday September 8, 2022 rushed to the town to calm nerves of the angry residents.

This followed the recent massive demonstration residents of Sokoban staged over the deplorable state of their road networks.

During the demonstration, the angry residents vow to prevent any politician from campaigning in their area. That was not all, they also indicated their resolve to vote out the ruling NPP if their roads are not fixed before the 2024 general elections.

But barely two weeks after the demonstration, government have been making frantic efforts to address the situation.

On Wednesday a government delegation led by the Deputy Minister of Roads And Highways, Hon Stephen Pambiin Jalulah, former MP for Ejisu Juaben Constituency and officials from the Ghana Highways Authority met the youth and elders at Sokoban in a close door meeting.

According to credible sources close to the meeting, the engagement was all about measures to fix the road. The government officials assured residents that the roads would be fixed before the 2024 elections.

Kudus becomes first Ghanaian player to score twice in a sing...
35 minutes ago