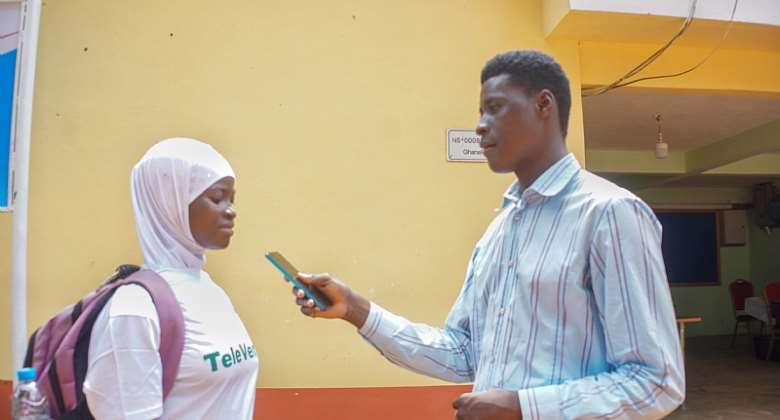 A tech startup run by three innovative women in the Savannah Region, Televet, is working to solve the issue of farmers being unable to access veterinary care for their pets and farm animals.

Animal health services help in preventing livestock diseases and preserving the productivity and viability of the livestock industry. However, it can be difficult for farmers, especially those in rural areas, to access these services for several reasons.

In light of this long-standing challenge, Abubakari Sherifa, Chief Executive Officer of Televet and her two female coworkers in Damongo came up with the idea of using technology to address the persistent problems.

"We discovered this solution after going on an emphathy trip where we spoke with many livestock farmers and learned that they faced many difficulties, the biggest of which was getting access to licensed veterinary officers," Mrs. Abubakari told journalists.

"After realizing the difficulty the farmers were facing, especially in the rural areas, we decided to start Televet to eliminate the difficulty in assessing animals' health care services," she added.

According to Mr. Yussif Abubakari Sadic, a turkey farmer in Tamale, livestock farmers are indeed having a difficult time getting access to veterinary care for their animals.

"As a turkey farmer, I have numerous obstacles, one of which is getting good health care for my birds. As a result, I've lost a lot of turkeys, and many other farmers are grumbling about it as well. Televert is a great initiative that will revolutionize livestock farming in the country," Mr. Sadic stated.

He added that animal health is critical because the majority of diseases in animals are zoonotic. "Most animal diseases are zoonotic, which means that if they infect animals and are not treated properly, they can spread to humans," he stated.

Mr. Issah commended on Televet, stating that if the organization's solution is successful, it will improve animal health delivery in the country. He does, however, urge the team to go on a sensitization trip to educate farmers about the importance of the services.

Televet was adjudged the winner of the 2022 Savannah Startup Summit organized by iValley Ghana to promote technology in the agricultural sector.