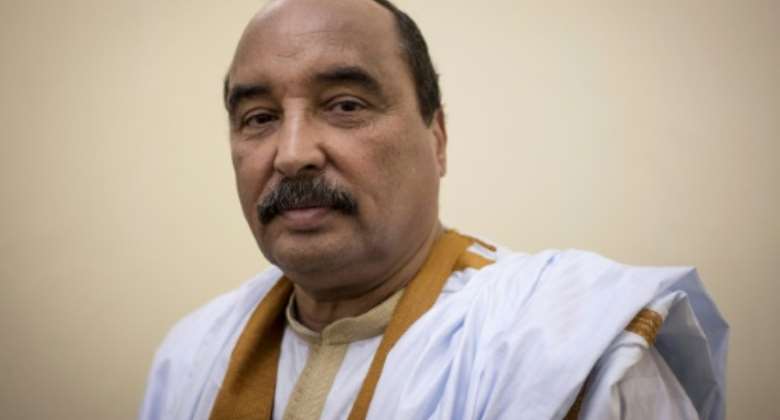 The 65-year-old former general emerged late Wednesday from his home in the capital Nouakchott where he was being held, after police removed barriers and guards withdrew, an AFP reporter saw.

He waved to a few people who had gathered to celebrate his freedom of movement.

"Judicial supervision over him ended at midnight Wednesday and, in line with the law, he is free to move around," a magistrate at the public prosecutor's office told AFP.

"However, this does not mean that his case is over, far from it," the source said, speaking on condition of anonymity.

Aziz came to power in the conservative West African state in a bloodless coup in 2008.

He stepped down in 2019 after two terms, succeeded by a former general and long-time aide, Mohamed Ould Ghazouani, in the first transition of power between elected leaders in Mauritania's history.

But within months of the handover, the authorities began investigating suspected graft from the time Aziz was in power.

He was charged in March 2021 with corruption, money laundering and illicit enrichment along with 11 figures from his former regime, including his sons-in-law, two former prime ministers and several ex-ministers and businessmen.

He was imprisoned in June 2021 for breaking the terms of pre-trial judicial oversight. In January 2022, he was released from jail after undergoing heart surgery but placed under supervision at home.

Aziz and his co-defendants, whose judicial controls were lifted in March, have condemned the allegations as political score-settling.

Aziz has argued that he has immunity from prosecution and persistently refused to speak to the examining magistrate.

No date has been set for the trial.

Aziz's main attorney, Mohameden Ould Icheddou, told AFP "he has his freedom (of movement) back, his passport will be returned to him and he will also get back the keys to the family home in Akjoujt," Aziz's home town 250 kilometres (150 miles) north of Nouakchott.

"The former president's priority will be to go abroad for medical treatment after all the pressure he has been under, and in the wake of his heart illness," he said.