My take on the sacking of Net2 TV “Hot Seat” presenter, Kweku Annan 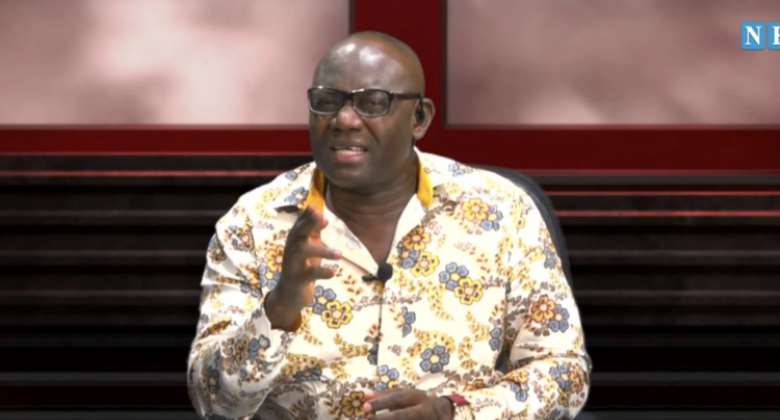 The untimely discontinuation of the “Hot Seat” programme from Net2 TV, culminating in the abrupt sacking of its maverick presenter, Kweku Annan, could well and better be discussed in a multi-faceted manner. The presenter is said to have been sacked following his alleged insulting attack on the person of the Vice President of Ghana, Dr Alhaji Mahammudu Bawumia.

The owner of Net2 TV, Kennedy Agyapong (Hon), the member of parliament for Assin Central Constituency in the Central region and a purported aspiring NPP flagbearer-cum-possible-presidential-candidate, did not take it kindly to the classed uncouth attitude of the presenter towards the Vice President hence his dismissal from his post and the removal of the programme from the TV station.

I have heard an audio recording played on some of the Ghana radio stations where Kweku Annan was saying, “This is absolutely rubbish”! Have I not sat on this same programme with you Ken, to insult former President John Mahama? Is John Mahama not a human being same as Dr Bawumia? Did Bawumia not say we’ve got the men and have a solid economic team? If he had a solid economic team, why have we ended up at the IMF?”

Assuming without admitting that the voice I heard was his without any doctoring, could he be faulted for that? I am yet to find and watch the YouTube posting in which he is alleged to have rained those insults on Dr Bawumia that has incurred him the wrath of his boss, Kennedy Agyepong.

To start with the multi-faceted implications of his insults and dismissal, I shall analyse them under:

Kennedy Agyapong for his obvious overflowing honesty that rivals the abundance of dishonesty and lawlessness in Ghana, and his eagerness to condemn acts of corruption by politicians, public servants and Ghanaians in positions of trust and leadership, has oftentimes rained insults on people deemed to be perpetrating illegal acts. He does so anywhere, anyhow and whenever he feels like, all in attempts to expose, condemn and stop the perpetrators from their nefarious acts that are the bane of the socio-economic emancipation of Ghana.

His propensity to rain insults on people may emanate from his frustrations to not getting Ghanaians to curtail or quit their infatuations with malfeasance and other acts of illegalities that retard the advancement of the country to render it poor with the citizens denigrated.

As he does so in the presence of, and with the participations of, his employee Kweku Annan, is there any wonder that he, Kweku Annan, goes out his own way to condemn or insult people he sees as behaving irresponsibly or in a manner that puts brakes on the progress of Ghana? Are there specific people and actions earmarked for insults while others of same consequences are not? Kweku Annan may have been deceived to thinking that any untoward action by whomever, irrespective of their position and association with a political party, can be attacked once deemed to have acted wrongly.

A professional journalist must inform the public on events taking place, or about to take place as he/she becomes aware of. Their reportage must be without malice and bias but disseminated genuinely, same as they receive them. They should be apolitical and always investigate to ensure that the information they are passing to the public is credible. They should not be unnecessarily emotional, but calm and composed when hosting their programmes. They also have the obligation to be impartial in order to better inform the public on their topics of discussions when hosting programmes.

However, Kweku Annan for some reasons did err hence his dismissal from his employment as the host and presenter of the “Hot Seat” programme on Net2 TV. If he had abided by the ethics of journalism, without allowing himself to be influenced by his political persuasions or personal ambitions, he wouldn’t be suffering his current fate of dismissal.

He could have criticised Dr Bawumia on his policies he does not agree with without insulting his person, if he did that.

By the instantaneous manner his programme was brought to a closure, resulting in his abrupt dismissal from his employment when Kennedy Agyapong got wind of his deplorable action, it could amount to an unlawful dismissal. If he signed a written contract of employment prior to taking up the job, he had better refer to the terms of his contract of employment to check if any breaches have been caused to decide on what to do next.

He should also check the terms of his company policy to ascertain that by insulting anyone, he could be accused of gross misconduct that can lead to his immediate dismissal without notice. Does the policy state that one will have committed an infraction if they insulted a politician, a work colleague, etc., at work premises, using the company’s materials? If yes, did Kweku Annan use Net2 TV’s equipment to make the YouTube video in which he insulted Dr Bawumia?

Does the company policy or his term of contract state that as long as you are a worker in that firm, you represent the good image of the firm wherever you are so you are required to act responsibly throughout your life as long as you work for the company? If yes, then any act of gross misconduct or crime you commit, regardless of the venue, it impacts the company hence it is a sackable offence.

Could Kweku Annan not be requested to apologise to Dr Bawumia and all those he may have needlessly unprofessionally insulted if any, retract his insults, be pardoned and reinstated? He may have been deceived to assume that by attacking Dr Bawumia he was preparing a fertile ground for Kennedy Agyapong who is probably entertaining the idea of contesting for the position of flagbearer in NPP for the 2024 presidential election.

Rendering an apology, retracting his said insulting statements and pulling down the YouTube video should be enough punishment to tell him that a journalist must all the time remain professional by sticking to the ethics of their profession without straying from the correct path for whatever reason.

5. Yes, Kennedy Agyapong is a disciplinarian, honest, dynamic and dedicated to the service of his people and country. As pragmatic and obedient to the laws as he is, I will strongly entreat him to reconsider Kweku Annan.

From the predicament of Kweku Annan, all Ghanaian journalists should note that it does not pay to be insulting, lying and deliberately disrespectful towards others in the execution of their duties. Again, Kennedy has realised that it is not good to heap insults on people and hopefully, from today forward, he will be a reformed character to lead by example.

Finally, I call on Ghanaians and especially, NPP delegates to consider Kennedy, the action man with the plan to save Ghana from her downward slippery slope into lawlessness, hardships and you just name it. He is the man with the clout to decapitate illegal surface and alluvial mining (galamsey) to salvage the nation’s water bodies, forests and fertile/arable lands from rogues like the Chinese Aisha Huang.