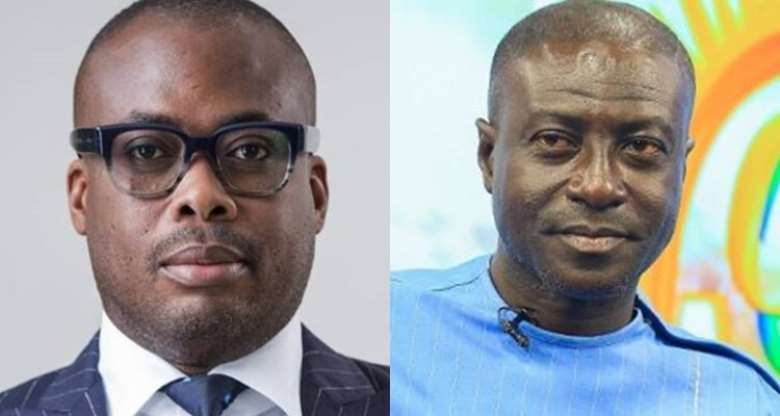 Adom-Otchere is, among other things, demanding GH¢10 million as compensation for the damages caused to his reputation following some comments made against him by Captain Smart on Onua FM/TV.

The host of Good Evening Ghana on Metro TV claims the plaintiff on August 26, 2022, made defaming comments against him and also accused him of being a corrupt journalist on Onua FM/TV’s “Onua Maakye” show.

Unhappy with the comments, Mr. Adom-Otchere who has been the host of Good Evening Ghana on Metro TV since 2001 said the publication tarnished his image and lowered his reputation in the eyes of well-meaning people in society.

In his writ filed at the High Court, the broadcaster insisted that the disparaging remarks have made him appear contemptible before his peers and other right-thinking persons.

The Ghana Airport Company Board Chairman among other things wants the court to uphold that the remarks by Captain Smart are defamatory and award “damages in the sum of 10 million Ghana cedis for the defamatory statements made by 1st Defendant on Onua TV and Onua FM.”

He is also seeking “compensatory damages for the damage done to his reputation and aggravated damages for the reckless and malicious publication of the defamatory words.”

He is also seeking an order from the court directing the defendants to retract and apologise for the comments “on all media platforms operated by the 2nd defendant” as well as an “injunction restraining the defendants from further publishing and causing to be published the said similar words defamatory of the plaintiff.”

Deaf Association calls for deaf-friendly curriculum for deaf...
5 minutes ago

‘Something is wrong somewhere’ — Otumfuo wonders why galamse...
5 minutes ago