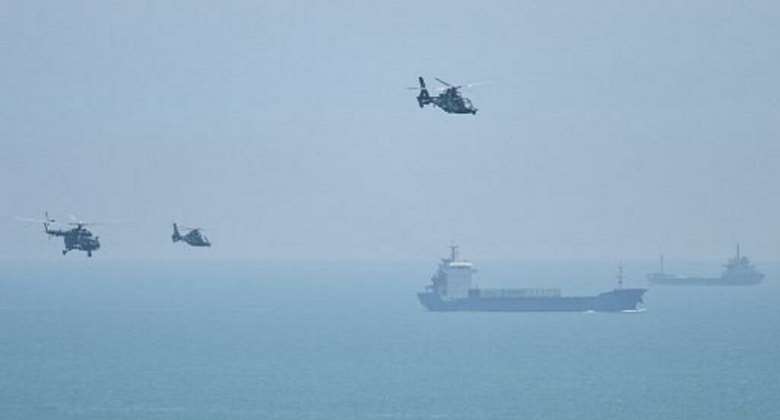 A delegation of five French parliamentarians is expected this week in Taiwan, against a background of heightened tensions with mainland China.

The French delegation is the first visit by European parliamentarians since several high-level American officials, including Speaker of the House of Representatives Nancy Pelosi, visited Taipei.

Those visits provoked Beijing's fury and triggered unprecedented navy exercises where the island of Taiwan was practically surrounded by mainland warships. Beijing claims that Taiwan is an "inseperable" part of its territory, and regards any official visit by foreign politicians to the territory as "interference in China's internal affairs."

Taiwan's Ministry of Foreign Affairs, says that the cross-party delegation, headed by Senator of the Haute-Savoie region Cyril Pellevat (The Republicans), will stay on the island from Wednesday through Monday.

Pellevat will be received by Vice-President William Lai and not by President Tsai Ing-wen, according to the statement. Earlier missions by a French Senate delegation in October last year, followed by the visit of a French-led EU delegation were sharply criticised by Beijing.

The drone, identified by Taipei's defence ministry as a BZK-007 vehicle, crossed into the southwest corner of the island's air defence identification zone (ADIZ) along with eight Chinese warplanes.

Taiwan's ADIZ is much larger than its airspace and overlaps with part of China's ADIZ and even includes some of the mainland.

China has dramatically increased incursions into Taiwan's southwestern ADIZ over the last two years, but the use of military drones is rare.

The last time Taiwan's military reported one was October 2020, one month after it started making data on the frequency of Chinese sorties public.

That was the first time Taiwanese forces have downed a drone, following a sudden spate of incursions by small, commercially available drones in recent weeks.

In contrast, the BZK-007 is a much larger, military drone built by the Guizhou Aircraft Industry Corporation that can carry out long-distance flights and boasts much more sophisticated reconnaissance devices.

Taiwan's 23 million people live under constant threat of invasion by China, which claims the self-ruled, democratic island as part of its territory to be taken one day, by force if necessary.

Crossings by Chinese warplanes of the median line, an unofficial barrier between the two sides running down the Taiwan Strait, have also become near-daily since Pelosi's visit.

In 2020, China flew a total of 380 sorties, according to an AFP database using Taiwanese military reports.

By last year that jumped to 969.
So far this year Chinese planes have made at least 1,100 individual incursions into the ADIZ.