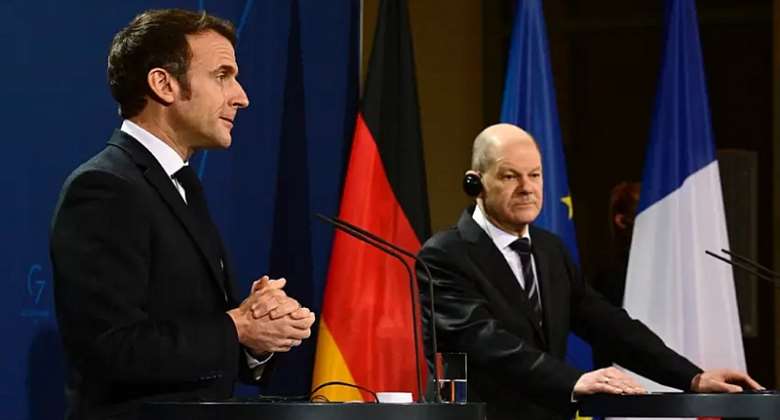 President Emmanuel Macron said on Monday that France was ready to deliver gas to Germany in exchange for electricity this coming winter should the energy crisis make such a move necessary. Macron also said that he supports the implementation of a European-wide contribution scheme to rein in speculative pricing.

Should it come into effect, the proposal would enable Germany to produce more electricity which, in turn, would allow Germany to contribute electricity to the French power grid during peak hours, Macron told reporters after a video call with German Chancellor Olaf Scholz on Monday afternoon.

"We are going to complete the gas connections that will allow us to deliver gas to Germany," Macron said.

Both Germany and France are scrambling to replenish gas reserves after Russia curtailed deliveries in retaliation for western support for Ukraine.

Germany is more dependent on Russian gas than France, which generates most of its electricity through nuclear power.

Macron also said he is in favour of joint gas purchases by EU governments which he said would make gas cheaper.

He said France would back any move by the European Commission to set a price limit on gas bought from Russia and delivered by pipeline.

Macron also said on Monday that he was in favor of the EU imposing a 'contribution' on energy operators who have been making "undue profits" with the surge in wholesale electricity prices on the continent.

As a result of the existing, complicated pricing mechanism, which the European Union wants to reform, the selling price of electricity is aligned with that of gas.

"So when gas is expensive, like right now, electricity is also expensive, despite production costs that don't change...which saves these operators a lot of money", German economy minister Robert Habeck said.

Rather than a national tax on massive profits, France supports a non-fiscal mechanism, harmonised at European level, which would make it possible to recover part of the windfall made by producers of renewable or nuclear electricity.

"To reduce price volatility, we believe it is essential to have measures to combat speculative practices", Macron said.

"Our wish is that there would  be control mechanisms for these speculative operations at European level.

"This contribution could then be paid back to the States to finance their targeted national measures, towards households and businesses, such as tariff shields."

Solution is 'in our hands'

Meanwhile, the French government has repeatedly warned that companies and retail users need to cut down on their energy use next winter, with electricity outages a possibility if the winter is unusually cold.

On Monday, Macron said "the answer is up to us" and French people need to cut their energy consumption by, for example, by using air conditioning and heating a "bit less than usual" to avoid power outages.

Indoor temperatures in the winter should be kept to no more than 19 Celsius (66 Fahrenheit), he said.

The call for yet more efforts from the public was not well received by some including the head of the CGT hard left trade union Philippe Martinez.

"It is a form of disconnection from reality and the experience of millions of households. Those who are deprived of jobs, those who earn 700 euros a month (...) they are even below sobriety," he told the press.

"The President of the Republic should rather address "those who take advantage of this crisis to earn a lot of money, rather than making the citizens feel guilty".

We warned gov’t against reckless borrowing, wasteful spendin...
44 minutes ago