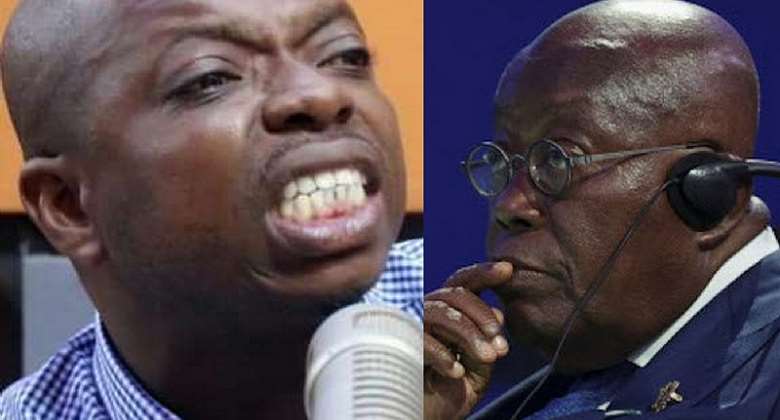 The Bono Regional Chairman and a communication team member of the ruling New Patriotic Party (NPP), Kwame Baffoe, popularly known as Abronye DC has said without mincing words that he regrets ever supporting President Nana Addo Dankwah Akufo-Addo as the flagbearer of the party during the 2016 elections.

Several bigwigs of the NPP including Vice President, Dr Mahamudu Bawumia and Trades Minister, Alan Kyerematen are lacing their boots for the party’s flagbearership race.

Speaking on 'Dwene Ho Biom' - a political talk show hosted by Agya Wusu on Accra-based Hot 93.9FM, Abronye DC, who was answering a question in line with whether he would endorse any of the aforementioned into becoming the next flagbearer as he did for Akufo-Addo, stated that he will never make such a mistake again.

According to Abronye, he feels betrayed because people who rained insults on him while supporting Akufo-Addo's candidature in the party are now enjoying flamboyant positions in his government at his expense.

He explained that even though Akufo-Addo has done tremendously well as a President, he regrets supporting him in becoming the flagbearer of the party.

Upon persuasion to reveal whether he would endorse any of the aforementioned if he is asked by President Akufo-Addo, the outspoken NPP communicator without mincing words said," I will spit in the face of anyone who would force or ask me to endorse anyone".

Listen to Abronye's submission below: