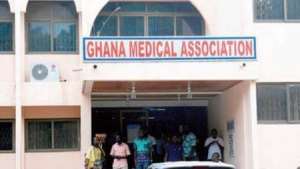 The Ghana Medical Association (GMA) has kicked against reports that 1000 junior doctors have been rendered jobless after completing their training.

"We are very much aware that a little over 400 junior doctors have competed completed their housemanship with government working on their posting.

"These doctors will have to pass through due process and meet all the requirements before they are duly posted so whoever reported that 1000 junior doctors have been rendered jobless was not being truthful to the public," he stated.

There were media publications that, the Ghana Medical Association and the Parliamentary Select Committee on Health have confirmed reports that over 1,000 junior doctors have been rendered jobless after they completed their housemanship.

The affected doctors are reportedly now unemployed because the Ministry of Finance has not given the financial clearance for them to be given permanent jobs due to the revenue mobilisation challenges the government is having.

Speaking to newsmen, a member of the Parliamentary Select Committee on Health, Dr. Sebastian Ngmenenso Sandaare, said the development was unfortunate because the country is in dire need of doctors but they are now being sent home.

But Dr Serebour however assured the public that GMA will do the needful to ensure that these doctors are posted to serve mother Ghana.

"If you look at the story, the reporter quoted Dr Justice Yankson as the president of GMA which is obviously not true, that is why I suspect something fishy about this whole reportage," he stated.

We haven’t rejected Justices Gaewu and Koomson – Appointment...
8 minutes ago

Stop the wrongful, multiple sale of lands — Akufo-Addo to ch...
8 minutes ago