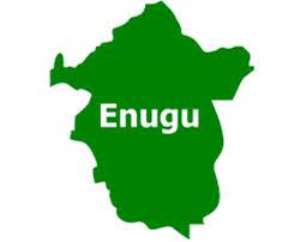 The attention of Enugu Youth Coalition has been drawn to the uncomplimentary remarks made against the Government of Enugu State by former Minister of Information and the Governorship Candidate of the All Progressives Grand Alliance (APGA) in the state, Mr. Frank Nweke Jnr.

In a statement released to newsmen in Enugu on Friday by the National Coordinator of the group, Dr. Edwin Obune, the group accused the former minister of being economical with the truth, saying the APGA candidate should contend himself with the difficult challenge of marketing his structureless party and his light feather personality to Ndi-Enugu instead of thinking he can make himself popular by attacking the government.

The group noted that if Mr. Nweke had wanted to run against Governor Ifeanyi Ugwuanyi, he would have done so in 2015 and 2019 respectively and not trying to pull the entire state down over his inability to emerge as the Governorship Candidate of the People's Democratic Party, (PDP).

The group challenged Mr. Nweke to tell Ndi-Enugu what has changed between now and then; when he was praising the governor for his monumental achievements in the state.

Saying, if the governor was good when Mr. Nweke was hoping to be nominated as the PDP Governorship Candidate for the state, we believe that the same integrity and competence which he is trying to preach to Ndi-Enugu should be reflected in his new thinking and views about the governor and the state; otherwise, he would be seen as a two-faced Janus who speaks from both sides of the mouth without discernable loyalty to issues or causes.

Even if we are not interested in who becomes the next governor of the state, we however believe that unstable personalities who are not committed to any cause but are only existing for their selfish interest should not be entrusted with the leadership mantle and governance of the state next year.

If Mr. Nweke was not mischievous in his assessment of the state, he would have known and acknowledged the fact that Enugu State is still the most peaceful state in the Southeast region and one of the most peaceful and best governed states in Nigeria.

No doubt, Enugu State Government under Governor Ifeanyi Ugwuanyi is among the best states when it comes to physical and human capital developments despite the lean resources of the state.

Therefore, we advise Mr. Nweke to confront himself with the difficult challenge of marketing his structureless party and manifestoes to Ndi-Enugu and stop distracting the government from delivering good governance to the people.

Inflation will remain high till the end of first quarter of ...
34 minutes ago