Mahama’s Bastardization Of The Judiciary: A Precursor For Electoral Violence 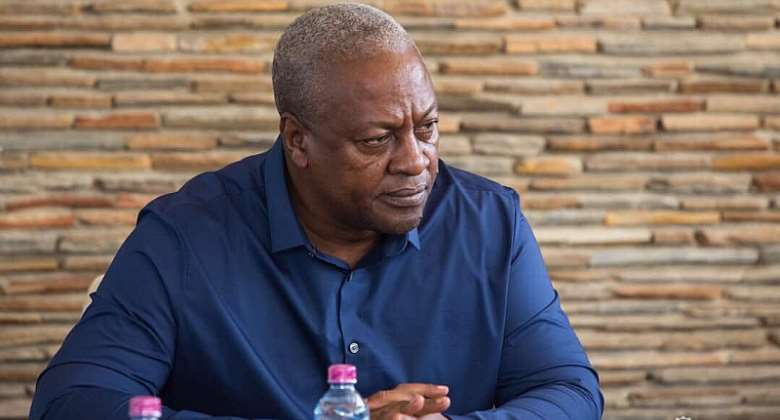 A portion of Ghanaians have been relentlessly criticizing the judiciary since the supreme court dismissed the NDC's election case in 2021, and these criticisms have been encouraged by the opposition NDC. There have been numerous attempts to slander Supreme Court rulings as being biased and skewed in one direction. Unfortunately, the Supreme Court's rulings in many important instances did not favour NDC. Court rulings in cases like the attempt to block the passage of the e-levy and NDC's MP dual citizenship did not go in NDC’s favour. The court's judgements in these and numerous other cases have caused some political resentment among the NDC community. Numerous remarks made about the court appeared to question the impartiality and independence of the judiciary. The NDC appears to have lost faith in the judiciary to the point where they think it needs major reform. As a result, Chief Justice Anin Yeboah had taken the brunt of the NDC's resentment and faced harsh criticism.

In light of this, the NDC flagbearer and the previous president of Ghana appear to be at odds with the court as well. John Mahama has taken a serious shot at the judiciary numerous times when given the chance. In recent discussions with the NDC attorneys, Mahama advocated for reviving the court's reputation and made lurid assertions that chief judge Anim Yeboah is unqualified to implement beneficial reforms to the legal system. He seems to imply that the chief justice in the office right now might not be the best choice to assist in restoring the court's honour. A deliberate effort is being made to convince NDC supporters and a certain segment of Ghanaians that the judicial system is engaged in illegal activity.

Mahama is subtly attempting to convince party members that, in the event that an electoral dispute arises during the upcoming general elections, the party cannot rely on the courts. This means that if the law is unable to assist you in obtaining justice, you must assure justice using any methods necessary. Stakeholders must take the ongoing judicial system's bastardization seriously because it poses a severe security risk. When many people continue to lose trust in the law and think it is intended to control them rather than free them, they become oppressive and violent in their pursuit of justice. In this regard, the former President needs to be advised to proceed with caution while making certain pronouncements about the court. Because some of these remarks foster a lack of confidence in seeking justice at the court, his statement is not only disrespectful to the courts but also has the potential to incite violence. The fact that his assertion lacked any kind of empirical support and was not grounded in a conclusively established result is more worrying.

Political actors must denounce some of these claims, not only those made by John Mahama but also by any other citizen who might decide to tamper with the legal system in order to forward a narrow personal agenda. Since Ghana's democracy has been unhindered for thirty years, no one should use their desire for political influence to incite the public to use violence as a guarantee of obtaining power.