Image of the Judiciary 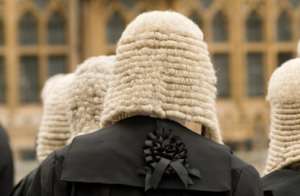 The recently adopted style for the determinization of cases, and the delivery of justice in Ghana by the Supreme Court of Ghana and perhaps some lower courts, is undesirably affecting the outward appearance of the Judiciary. Some political elites in the country, especially those in the major opposition party, believe the rulings of the courts are unfair and therefore the image of the Judiciary is deteriorated. Thus, the integrity of the courts and the work they do – delivering justice, are weakened by the actions of the Judiciary. The unanimous decisions of the Apex Court in recent times for instance, are the principal reasons for forming this opinion by some political persons in Ghana.

The mode adopted for the judgment of cases and the rulings of the court must not be a concern if such rulings and judgment are within the limits of the laws of Ghana, without having contrary effects on a point of law. What matters in the end is the delivery of justice, and not how the court reasons, through unanimous or dissenting opinions.

The Judiciary must not be viewed as staining its image just because it delivers unanimous decisions in some of the cases filed at the courts. While the courts, and largely the Judiciary are not immune to flaws, the weight of the evidence that will be presented to them (courts) determines the nature of the decision of the court. The rulings of the courts maybe unfamiliar to some people in Ghana and the court itself but some of the cases are poorly presented.

The famous “7-0 unanimous Fc” may have been designated improperly, without considering the nature of the cases and the supporting facts put out as evidence. The 2021 Presidential Election Petition whose ruling earned the “7-0 unanimous Fc” was a trifling issue reported to the court. The petitioner failed to submit reliable evidence that will compel the Justices of the Apex Court to vary their rulings. It is not binding on the Law Lords to give dissenting opinions on a case even if the facts presented to the court as evidence are not persuasive.

But what is worrying is the lack of independent opinions and decisions of each member on the bench for a case. Even if cases are poorly crafted or developed, it is expected each of the Law Lords will independently give reasons that support the final decision of the court. The ruling of each of the justices must be characteristic and reflective of the decision reached by the court.

There must be reasonable evidence for split decisions to be made. The court may be a dangerous platform to seek justice if split decisions are unguardedly made, to save the image of the court from political attacks and branding. Therefore, split decisions of a court do not indicate justice but are only judiciously made on a point of law, and based on credible evidence.

The Judiciary is not insusceptible to faults as it was disreputed in the past, on record, for thwarting justice in exchange for goats. Yet there is no decent contrary evidence to indicate the damaged image of the court. The opinions formed about the reputation of the Judiciary are unscientific as some of which are not verifiable.

The legality of the orders of the court must be the benchmark for determining the state of the impairment of the image of the Judiciary and not those based on the prejudicial opinions of politicians.