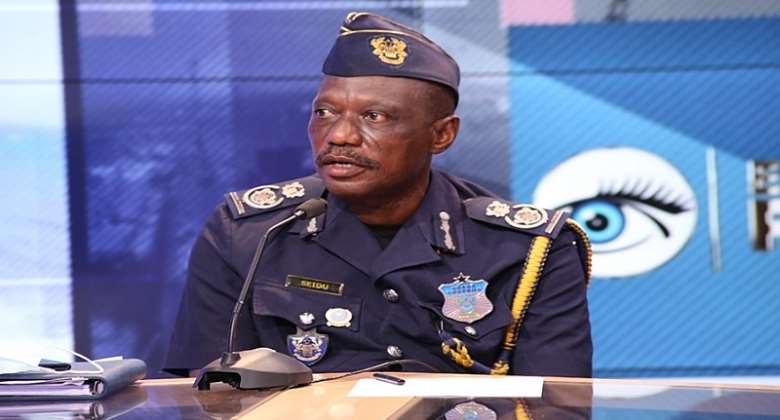 “Customs Administrations worldwide, especially the developing countries are charged primarily with the responsibility of collecting and accounting for duties and taxes on imports, exports and local manufactures”

THE OUSTER of the Commissioner of Customs (GRA), Colonel Damoah, on Friday, 26th August, 2022 came to some people as no surprise. After the gentleman had been elevated by the Akufo Addo government, he dug his own grave when he muddied the waters of his tenure with his remark that his senior in law, the Special Prosecutor, Kissi Agyebeng, was a “small boy” courtesy to a Labianca case, in which the Special Prosecutor recovered GH¢1,074 million from the company. Call it a David-and-Goliath battle.

The people of Drobo are mourning and wailing. Naturally so, because Damoah was a darling of the town. He assisted the Drobo area immensely in so many ways (too much to be scribbled down), and he portrayed the government in a bright light there. The Customs men and women also hailed him especially for taking up their cause when their egos flagged, to the extent that the senior staff would have wished he continued his tenure when the contract given him expired on 13th October, 2021.

Comes in Seidu Iddrisu Iddisah (who was recruited into customs in 1990) as Acting Commissioner, to pick up the pieces from where Col. Damoah left off. Seidu had worked at the Wa collection, later at Tema Collection (car park, long room, specialising in Asycuda/computer system, examination and valuation). At headquarters, he was a great asset in the Preventive Unit where we were the boss. In fact, when we wrote a letter to resign from the Confiscated Vehicles Committee, it was he who took up the challenge of Customs representative but he was soon to face Carl Wilson who had his own cantankerous way of handling such confiscated vehicles. He went to Commissioner Lanyoh and told him “the problems here are too many”. At Preventive Unit, he remained non-committal to our call not to seize imported wax print from the traders! “You are the seniors; we follow your instructions” he would say. Seidu has attended courses at Brussels (WTO), Vienna in Austria (Management Course) and a course on Advanced Harmonisation at Abuja, Nigeria and Banjul, the Gambia.

The people of Kumbungu, near Tamale, are in an ecstatic mood. Seidu has put the town on the global map, and we expect all and sundry to pray for his success. Just so do we pray that the Customs officers will pray for him, and support him to succeed. When he does succeed, it will open the way for Customs to be on its own. The government (whichever government is in power) will no longer bring people from outside the Customs to be placed on top of them as their Commissioner.

You see, at 59 and with 32 years' service, Seidu will have gone home without achieving the highest diadem. So did most of Seidu's seniors except Opoku Ntiamoah who at the age of 61 years had been recalled from “forced retirement” to be Commissioner only to be dogged by “warehoused rice” at James Town Collection.

One may or may not be enthused about research, but we did a research paper at the Political Science Department, under the topic: “Administrative Reform and Institutional Capacity Building: the case of Customs, Excise and Preventive Service: 1986-1998” We found that the Government may be wont to interfere politically in the affairs of the service without considering a possible administrative backlash. The concluding part of the research established that “The appointment of a non-Customs person as a Commissioner impacts negatively on the service. Being a non-professional, he might find it difficult to cope with the intricacies of the job. He might use trial-and-error method and muddle through… Opportunities for lateral mobility are closed, leading to a glut in the lower rank, frustration and the suppression of talent.”

A Colonel as head reduces Customs to the level of his counterpart in the Army. We dare ask whether the Army or Police will stand back and allow a Customs Officer, a Prisons Officer or an Immigration Officer to head those institutions.

To our new Acting Commissioner, we would like to proffer bits of advice – Have dedicated and honest persons to man places where Customs earns the greatest revenue: Tema, for example, is one of the places to look at – Car Park (check misdescription and valuation of vehicles: the year of manufacture, the cubic capacity): Warehousing -goods that must or must not go there: some goods are declared “damaged” and the duty on them waived; Exemptions – too many “unqualified” persons are given exemptions for goods that do not “qualify”, e.g. a Mercedes Benz enjoying exceptions among a consignment of dumping trucks for a waste management company; imported goods declared as “personal effects” using passports with fake endorsements and fake Passengers Unaccompanied Baggage Declaration (PUBD:C48).

Beware of some of the sweet-talking officers and clearing agents: check the transit regime, again. You will be surprised to learn of the goods that are supposed to go on transit (to Burkina Faso, Mali, Niger) that get disgorged in the country: Kumasi, Techiman, Tamale, Ho, even Accra and Tema.

One cannot tell who advised the government to cause the removal of the internal Customs check-points- it was done, so hurriedly as if to suggest that local and international importers and exporters had suddenly become angels! People would take advantage of any loopholes of the transit regime, unless they are closely monitored. We would never buy the argument of just allowing transit goods a “free flow” without patrolling them. You may remember President Atta Mills' surprise visit to the Tema Port in April 2010. He remarked: “… I am really upset…. I came here to express my disgust and revulsion at the way you (Customs officers) are helping importers with undervaluation and under-declaration… you have to help to build Ghana …. This is the gateway … when people want to do investment in Ghana, they come to the gateway and they are met with corruption… Don't be surprised that today I am in an angry mood … The money you collect does not belong to you… you are depriving the people of their revenue … if it means transferring everybody… Commissioner Carl Modey should not hesitate to do it … two to three years after recruitment … you build houses, buy cars …” What other indictment did anyone need to ginger him to do his/her work guided by managerial efficiency and sincerity?

Don't be over-enthused for meeting your revenue target because the galloping inflation and poor exchange rate for the cedi will have an impact on the dollar, the currency in which all goods are valued.

As a lawyer, you are expected to know fully the law: know your limits, viz-a-viz the Commissioner-General. Study very well the various Acts guiding customs operations. May God be with you…