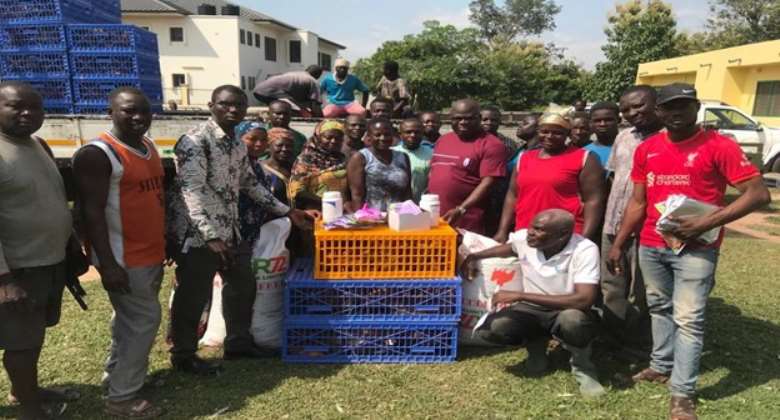 Some 40 women in the Atebubu-Amantin municipality of the Bono-East region have benefited from a poultry production and breed improvement intervention under the Savanna Investment Programme.

According to Mr. Stephen Aidoo, the municipal director of agriculture, the initiative which seeks to support the government’s agriculture flagship programme ‘rearing for food and jobs’ is aimed at among others enhancing the competitiveness of the country’s poultry industry, improving the breeding of small ruminants, contributing to the improved food and nutrition status of Ghanaians as well as improving the living conditions of poor female livestock farmers.

He said to ensure a successful programme, beneficiaries have undergone training in animal production, animal health, feed preparation and storage as well as biosecurity.

Presenting the items, the Atebubu-Amantin municipal chief executive Hon. Edward Owusu urged beneficiaries to take advantage of the gesture to improve their lot and that of their families.

He asked officials to support and monitor the progress of each farmer to ensure that the objectives of the initiative are achieved.

Each beneficiary took home 120 fourteen weeks old chicks, a number of bags of feed, an assortment of drugs and one battery cage for housing the chicks.

Beneficiaries expressed their gratitude to both the government and the agriculture directorate for the support which they promised to undertake with all seriousness for the realization of the aims of the project.