NDC to begin 'one constituency one lawyer' for election 2024 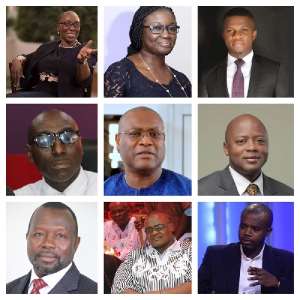 A member of the communications team of the National Democratic Congress (NDC) has hinted at plans by the leadership of the party to assign seasoned lawyers to each of the 275 constituencies across the country.

According to Mr Bernard Oduro Takyi, the lawyers’ duty will be to monitor the party's activities at the constituency level and offer legal support to the various executives.

He was of the view that the move will help the party stave off or navigate election-related legal issues such as those that cropped up in the Techiman South Constituency in the Bono Region during the 2020 parliamentary election.

He bemoaned the Techiman South saga that led to the declaration of the New Patriotic Party’s parliamentary candidate, Mr Martin Adjei Mensah-Korsah, as the winner of that race.

Some lawyers believed to be NDC supporters, numbering about 200, are currently in a meeting at Akosombo in the Eastern Region, to draw up strategies for the party ahead of the 2024 general elections.

Addressing the conference of NDC lawyers on Sunday, 28 August 2022, former President John Mahama bewailed that the judiciary has now become the butt of jokes, as a result of its biased rulings and decisions on cases with a political tinge.

Recently, he noted, “so badly has the image of our judiciary deteriorated that many of our citizenries openly make a mockery of our justice system and of our justices.”

“The phrase, ‘Go to court’ is, these days, met with derisive laughter, instead of hope that one will truly get justice if he went to the court”, Mr Mahama explained.