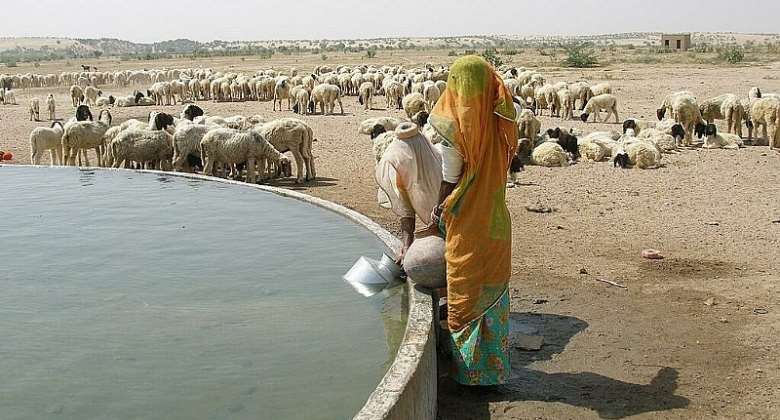 A nine-year-old boy from the Dalit community in India's western Rajasthan has died after he was allegedly beaten by his school teacher for drinking water from a pot.

The pot was reserved for use by the upper caste teacher, Chail Singh.

The accused teacher, Singh, 40, was arrested and was charged with murder and under the section of the Scheduled Caste and Tribe (Prevention of Atrocities) Act.

The death of Inder Meghwal is not an isolated incident as caste has played a vital role in Indian society. Dalits, India's so called 'untouchable' caste, has been oppressed and politically marginalised.

Indian media regularly reports on discrimination, and even attempted murder of Dalits. In 2017, an upper caste person in southern Karnataka allegedly tried to kill Dalits who drew water from the village well by pouring endosulfan, an insecticide, into the well, according to local media.

The well was about 200 metres away from the village and was the only source of drinking water for Dalit families residing there. The seven other wells in the village are deemed to be for the exclusive use of upper castes in the village.

Caste has been a prominent, almost intrinsic factor in water usage in India where severe restrictions have been imposed due to an ongoing drought.

Although this sizable community forms more than 165 million people of India's nearly 1.4 billion population, they remain vulnerable to discrimination, exploitation and violence.

“Dalits are easy targets of discrimination of caste Hindus and often the latter get away easily because of their political influence,” Ruth Manorama, a Dalit social activist from Bangalore, told RFI.

Another Dalit death over water rights occurred in Shivpuri district of central Madhya Pradesh in 2020. Upper caste Thakurs forbade Dalits from drawing water from their wells. A neighbour irritated by the sight of a Dalit family shot the father dead.

And in 2021, a group of upper-caste men allegedly beat up a 21-year-old Dalit resident so badly that he died nine days later in the hilly northern state of Uttarakhand. His alleged crime: he sat on a chair and ate in their presence at a wedding.