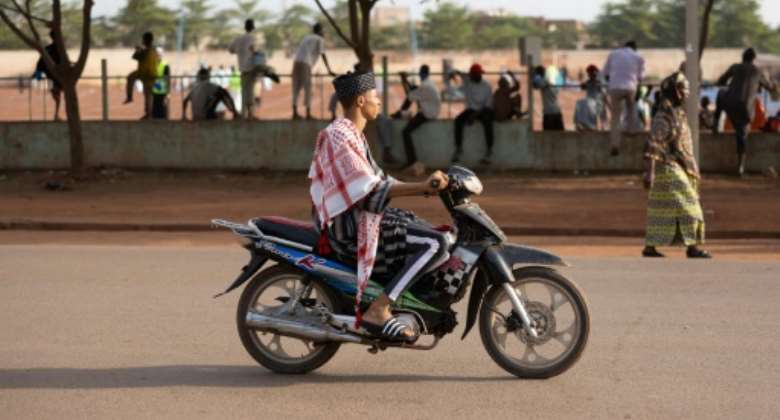 Until recently Mali's capital was largely uncharted on the web. By OUSMANE MAKAVELI (AFP)

Under a blazing sun in Mali's capital, Amadou Menta leant over to measure a gutter then jotted down the results on a mapping app on his smartphone.

Until recently Mali's capital was largely uncharted on the web.

With street names or fixed public transport routes often missing in the city of some two million, people tend to ask for directions to find their way.

But the lack of maps is a major obstacle to developing its infrastructure -- whether to prevent traffic jams, collect wastewater and rubbish, or prevent flooding.

Tech-savvy young Malians are striving to change this, cataloguing the city's features in the hope it will improve the lives of its residents.

Armed with smartphones, dozens of volunteers have been collecting data for the local branch of OpenStreetMap, a free, online geographic database -- which is then used by sites including Google Maps.

Menta and fellow mappers have been charting the channels collecting waste and rainwater in Daoudabougou, a central district often hit by floods.

The gutter project is receiving financial support from the World Bank, and has been welcomed by the authorities.

The lack of maps is a major obstacle to developing Bamako's infrastructure. By ISSOUF SANOGO (AFP)

But it's just one of the avenues the group is exploring -- and there is plenty more work to do.

Founder Nathalie Sidibe said there was previously "no freely available data in Mali".

"We saw mapping as a concrete way to contribute to developing the area," she said.

"We need to change habits here -- and to do that, we need to encourage people to use digital tools."

Data to 'get ahead'

Countrywide, only one in 10 women is connected to mobile broadband, compared to one in five men, a World Bank report found last year.

But the OpenStreetMap Mali team has been busy.

Volunteers hope plotting the city's features will help improve the lives of its two million residents. By ANNIE RISEMBERG (AFP)

So far, its volunteers have drawn up a map of Bamako's public minibus routes, household waste collection points, and basic social services.

"We only had basic knowledge before this project," Konate said.

Mahamadou Wadidie, director of the Regional Development Agency in Bamako, said the youth mapping project had made his job much easier.

On the agency's website, he showed off a regularly updated map of all the health centres and schools in Bamako drawn up from OpenStreetMap data.

"Instead of taking two months to find out about these things, mayors can now get this information from their computer," he said.

The project has helped create an online map of schools and health centres in the city. By NICOLAS REMENE (AFP)

"Digitisation is allowing us to get ahead, to lose less time."

Mali -- an impoverished country with severe governance challenges that has been battling a decade-long jihadist insurgency -- does not have many resources to devote to digitising data, he said.

But Menta and his young colleagues, he said, have shown it is possible to launch ambitious mapping projects "without spending a lot of money".