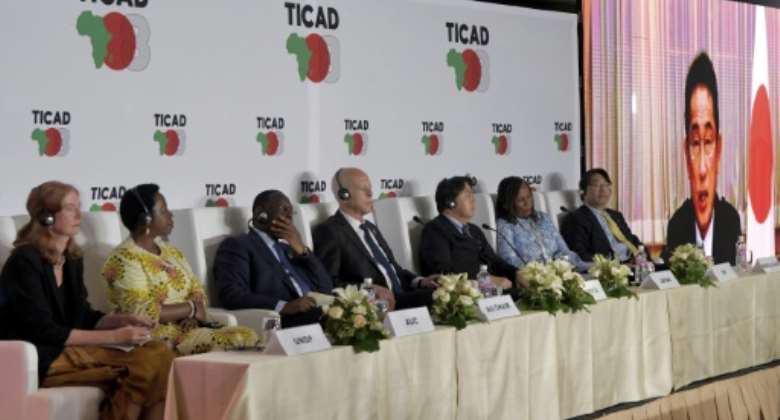 He also promised Japan would use its place on the United Nations Security Council next year to push for a permanent African seat on the world body, a day after announcing $30 billion in public and private finance for the continent.

Japan wants "to create an environment where African people can live in peace and security so they can develop," Kishida said, speaking via live video from Tokyo after testing positive for Covid-19 days earlier.

Senegalese President Macky Sall, chair of the 55-member African Union, backed Kishida's call for the continent to have a seat on the UN Security Council.

Conflicts "that destabilise us and prevent us from developing must be taken into account by the Security Council" whose mission it is to promote international peace and security, Sall said.

He also called for a greater role for African peacekeepers in resolving conflicts.

"Without security there can be no development," Sall said.

The eighth Tokyo International Conference on African Development (TICAD) took place in Tunisia, one of many import-dependent countries battered by global supply disruptions and price spikes unleashed by the coronavirus pandemic and the war in Ukraine.

Some 20 African heads of state and government took part in the summit in the North African nation, which brought together around 5,000 people from business and other sectors and shut down major roads across Tunis, causing weekend traffic chaos.

Tunisian host President Kais Saied called for a "new approach" towards Africa, noting that many countries which had racked up large foreign debts since independence were also net exporters of human resources -- taking skills gained in Africa to be used in the global North.

"Who is lending to whom?" he asked.

Sall called for African debts to be rescheduled or cancelled, as well as for the implementation of a promise by the G20 group of nations to suspend interest payments.

"Given the double crisis we're facing, these measures are necessary to relaunch our economies," he said.

The conference came as Japan's rival China cements its influence on the continent with its "Belt and Road" infrastructure initiative, and as experts express concern about the long-term sustainability of some African nations' borrowing from Beijing.

Kishida also announced that Japan would appoint a special envoy to the Horn of Africa, where a long and devastating drought in parts of Ethiopia, Kenya and Somalia has prompted the UN's weather agency to warn this week of an "unprecedented humanitarian catastrophe".

In West Africa, Kishida said Japan would pump $8.3 million into the troubled but gold-rich Liptako-Gourma tri-border area between Mali, Niger and Burkina Faso that has been ravaged by jihadist attacks in recent years.

The aid will aim to "develop good cooperation between residents and local authorities" and help improve administrative services for the area's five million residents, he said.

In a final statement, the conference participants voiced "deep concern (over) the negative socio-economic impact" of the Ukraine crisis, saying it had created food insecurity in Africa.

"(We) reiterate the repeated calls for the resumption of the export of cereals, grains and agricultural products as well as fertilisers to global markets in order to relieve the African population," the declaration read.

We haven’t rejected Justices Gaewu and Koomson – Appointment...
37 minutes ago

Stop the wrongful, multiple sale of lands — Akufo-Addo to ch...
37 minutes ago