Why are Indian women increasingly taking their own lives? 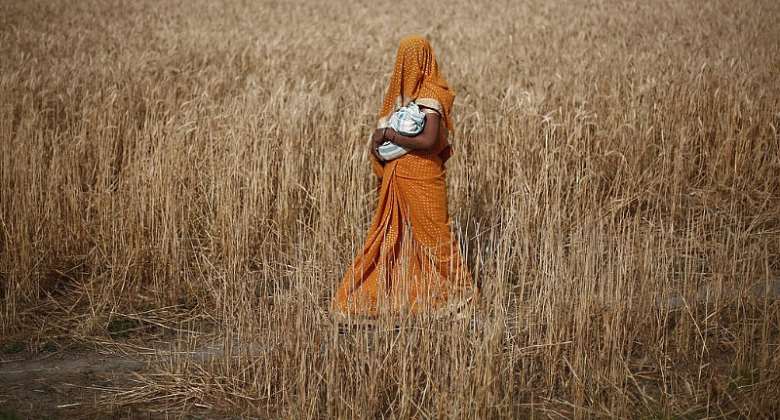 India has seen a rise in the number of women taking their own lives, pushed by various phenomena such as early marriage, domestic abuse, pressure to give birth to a son and a lack of financial autonomy.

In June, a 38-year-old mother of five children hanged herself from a ceiling fan at her home in the northern state of Punjab. She was reportedly depressed over her broken marriage.

Last month another mother, Kavitha, from Tadipatri in the southern Indian state of Andhra Pradesh, ended her life while also killing her two children.

Previously, Ritu Yadav, a newlywed and an MBA graduate, was found hanged at her parents' home.

Dozens of suicides a day

According to data by the government's National Crime Records Bureau, 22,372 housewives took their own lives in 2020 - an average of 61 per day, or one every 25 minutes.

According to the Global Health Data Exchange, a database that tracks worldwide health trends and demographics, India has the highest suicide rate among young and middle-aged women for countries with similar socio-demographics.

“Domestic violence and the daily grind can make marriages stifling and this vitiates the atmosphere, which often leads to women to take the extrreme step,” a social worker from the Jeevan Suicide Prevention Helpline told RFI.

The Covid pandemic exacerbated what was already a disturbing trend.

Job losses lead to less autonomy for women, "and this led to more work, less rest and time for themselves".

“A lack of public awareness and poor understanding of depression have further contributed to the problem,” said a top psychiatrist in Delhi.

No strategy to fix the problem

Despite the troubling high number of cases, health counselors and mental health practitioners say there is no effective mechanism or strategy to address it some of the underlying causes.

Though women have become better educated and more empowered, they still possess lower status and face barriers to opportunity.

According to government figures, nearly one in every three Indian women between the ages of 15 to 49 who has ever been married has experienced domestic abuse, and around 3 percent of the women in the category say they experienced physical violence during pregnancy.

According to the latest National Family Health Survey data released by the government, there are now 1,020 women for every 1,000 men in India, though there remains a preference for sons in vast swathes of both urban and rural pockets of the country.