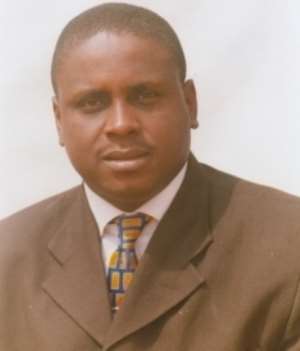 “Even if at all I am going to consider other candidates, I will still consider Obi. I have a right to choose a candidate. Those I won’t consider at all are the candidates from the Southwest and that of the Peoples Democratic Party (PDP), Atiku Abubakar. It is a matter of principle… I am talking of politics of principle. I know that Peter has not got the dollar of Tinubu neither has he got the dollar of Atiku. All I am saying is that he is better than the two other candidates. And I am not talking of the baggage Tinubu or Atiku may be carrying now. I am talking of the principle of fairness and justice. The moment you deviate from the politics of principle in this country, you won’t get anywhere…It is only Peter Obi that can rule independently without the influence of these criminals in the government. Tinubu will only give continuity to Buhari’s incompetence… We know Peter Obi very well, that’s why we endorsed him. He will not disappoint Nigerians, let’s put tribal differences apart and vote the right leader in…Tinubu sold Buhari to over 200 million Nigerians for his own selfish interest of wanting to rule after Buhari. None of them loves Nigeria.” - Pa Ayo Adebanjo (Yoruba leader)

“I just want you to know that if you’re thinking of Peter Obi. We are talking of competence. This is not about Igbo, or about Christianity. This is about competence, character and capacity and courage... It is about being able to make demands and be able to criticize and be able to hold whoever is in the office accountable... Poverty has already shown us. Insecurity has already shown us. The terrorists are showing us already. The thing that we need to do is to come together and choose the person that will do the job.” - Aisha Yesufu (Social crusader and human rights activist)

“My choice is unequivocal and this is based on Peter Obi’s stellar track record. I had the honour to serve with him on Nigeria’s Economic Management Team chaired by the President and so my basis is not hearsay. He stands out, and Nigeria is in a desperate situation.” - Arunma Oteh, (a former Vice President of the World Bank)

Wow! Did you read those endorsements? Everybody is saying the same thing. You just heard directly from patriotic and highly principled Nigerians - Pa Adebanjo, Aisha Yesufu and Arunma Oteh. Ayo Adebanjo is not known for frivolities. At 94 he still remains as forthright, patriotic and consistent as ever. Yes, it will take a lot of courage to prefer another person to your own son. It takes discipline to ignore a man with bagful of dollars to support a stingy person. Lol. That is true statesmanship. And that is exactly what the likes of Pa Adebanjo, Obasanjo, Edwin Clark, Okupe, Paul Adefarasin, Paul Enenche, Sarah Omakwu, the Nigerian youths, the labour, market women and men, the frustrated students and teachers and others are doing right now. They have all refused to sell their children’s future for a mess of potage. These are the true heroes of the coming change. The price was just the decision to be honest and patriotic enough at a very critical moment in our nation’s survival. They have said it all. They are re-making the Nigerian story. They are already writing their names in gold. They are saying that Obi is the most competent, most reliable, most acceptable and humblest amongst his competitors to help Nigeria. Period! And that is true. When others are relying on the size of their questionable wealth, ethnic jingoism and It is my turnmentality, Mr. Peter Obi is practically telling us how he is going to rebuild and heal Nigeria. Yes, the country is sick, very sick. In fact, sick unto death. It needs an urgent miracle to get healed. And it must be now or never. Sure, this is a pan-Nigerian project. And it is because it is a battle for the survival of the country.

There is currently an intense struggle for the soul of Nigeria. It is not only political but also spiritual. The dark forces that have held the country down since independence are stirred up again. In fact, they have been revived on noticing that Nigerians are about to liberate themselves from the shackles of poverty, corruption and misrule. Like Pharaoh and his taskmasters, these wicked, retrogressive, corrupt forces of hell and their agents are already on the offensive to stop this generational redemption, this rare window of escape that has miraculously opened for Nigerians. They have vowed never to let Nigeria and Nigerians move to the Promised Land. Yes, I call it miraculous because nobody can actually tell how this revolution came about or what has kept it thriving. These heartless taskmasters believe and daily remind us that we are conquered and surrounded just like a dot-in-a-circle. But truly, Nigeria, the whole country currently looks like a real dot-in-a-circle– both the ruled and the rulers. All of us! Nobody is spared. Or can you show me who has not been encircled? We are all in it. Otherwise, some will not be preparing to escape before time. Even those that rode at the back of that tiger are now about or afraid of ending up in its belly. What they created is about consuming them. They are panicking. The strong, rich and even the armed panic! They birthed and nurtured this monster that is about consuming everybody, including themselves and whatever they stand for. But we will come to this much later. Now, the greatest problems of Nigeria today are insecurity, failing economy and nepotism. These are the real issues at stake. And what Nigerians are simply saying is that they are tired of people using tribal and religious sentiments, monetary inducements to impose incompetent, weak and wicked leaders (or rulers) on them. That is the message. We are fed up! From the North to the South to West and East. Nigerians are completely fed up!

Our country cannot absorb more shocks from weak, visionless, incompetent and parochial leadership. By this movement, Nigerians from all tribes, professions and religions are demonstrating their yearning for a better life and genuine leadership. No wonder the supporters are coming from every segment and layer of the country. Have you noticed that? Listen to the Muslims, Christians, traditionalists, activists, students, teachers, professional bodies, labor organizations, student unions, market women and men, the poor on the streets, comedians, musicians, bloggers, even relations of the other candidates. Wow! This is unprecedented in our country! Nigerians are showing ownership of this revolution. It is even out of Obi’s control. It is now like a surging ocean. When you try to block it the frustrated youths and citizens will come after you. It is indeed a revolution coming. Now, nobody should try to deceive us again with tribe, color, history or religion. These have not help us for these past sixty years plus. That old trick will not succeed this time. Hunger, poverty, banditry, killings have no tribes, no religion, no color and no profession. After all, those who have been preaching tribe and religion to us are the same people who have been stealing and exporting our common wealth to other countries. And the most painful part of it is that they did not use this stolen, stupendous wealth to establish businesses that will employ our people. All they have bequeathed to us are extreme poverty, hate, banditry, terrorism, ethnic divisions, pain, sorrow and blood. No part of the country is exempted. They pit us against one another as they continue to stash away our common resources that their fourth and fifth generations cannot exhaust. Wickedness! Yes, election time has come and they are at it again. But they will fail. They have failed. We don’t care where the person comes from. What we want is the best for us and our children. The youths and Nigerians are saying that they don’t want to live in slavery, frustration, fear and poverty again. Simple! We will continue. God bless Nigeria!

Rev Gabriel Agbo is the author of the books / audiobooks: Power of Midnight Prayer, Receive Your Healing, Breaking Generational Curses: Claiming Your Freedom, Never Again!, I Shall Not Die, Move Forward, Power of Sacrifice, Prepare for that battle and many others. Tel: 08037113283 E-mail: [email protected] Website www.authorsden.com/pastorgabrielnagbo Twitter: pastorgabagbo