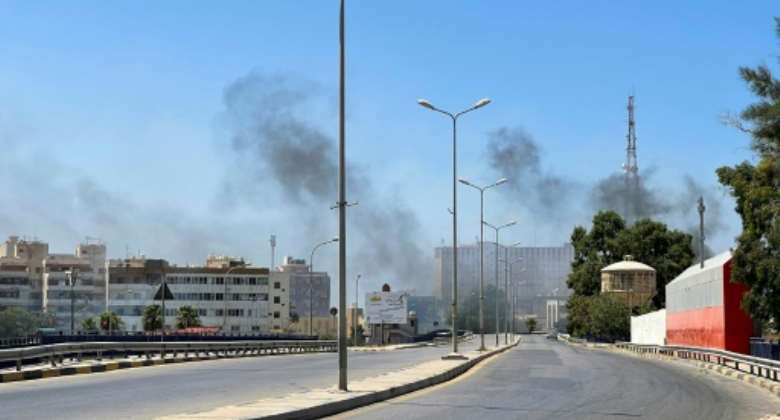 Clashes between backers of rival governments killed at least 12 people and damaged six hospitals in Libya's capital Saturday, sparking fears that a political crisis could spiral into a major new conflict.

Small arms fire and explosions rocked several districts of Tripoli overnight and into Saturday, when smoke could be seen rising from damaged buildings.

Early on Saturday evening, the health ministry in Tripoli gave a preliminary toll of 12 dead and 87 wounded from the fighting.

The two rival administrations exchanged blame as videos posted online showed burned-out cars and buildings riddled with bullet holes, as well as a mosque on fire.

The UN's Libya mission called for "an immediate cessation of hostilities", citing "ongoing armed clashes including indiscriminate medium and heavy shelling in civilian-populated neighbourhoods" that it said had damaged hospitals.

The US embassy in Libya said it was "very concerned" about the clashes.