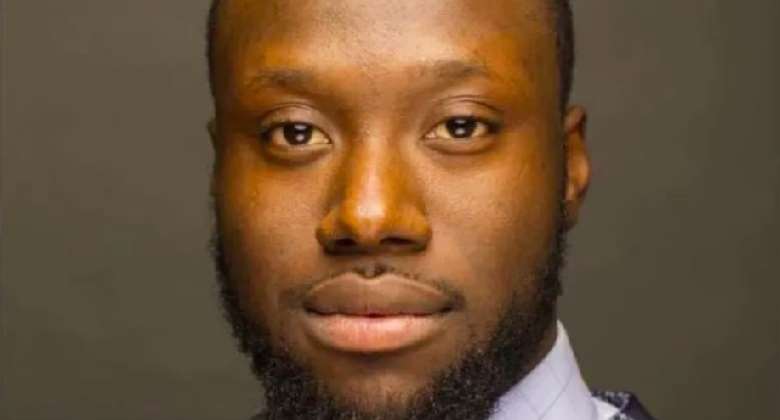 Abdul Inusah, the son of former Member of Parliament (MP) Tamale Central, Hon. Inusah Fuseini has been found guilty of romance scam by a federal jury in the United States.

He was also found guilty of money laundering.

Inusah is scheduled to be sentenced on November 21, 2022, and faces a maximum penalty of 50 years in prison.

A statement from the United States Department of Justice said, The jury found Inusah guilty of receipt of stolen money, conspiracy to commit money laundering, and two counts of wire fraud. The wire fraud counts involve a pair of $2,000 Zelle wire transfers to Inusah from the money obtained using the “Miarama” false persona in January 2019."

Below are details of the statement:

After three days of trial, a federal jury convicted Abdul Inusah, 31, of Ghana, for his role in a Huntington-based scheme that defrauded individuals in multiple states through the use of false online personas.

Evidence at trial revealed that Inusah was part of a conspiracy that targeted victims using false personas via email, text messaging, and online dating and social media websites. From at least January 2018 through at least December 2019, the scheme sought to induce victims into believing they were in a romantic relationship, friendship, or business relationship with the various false personas. The victims were persuaded to send money for a variety of false and fraudulent reasons for the benefit of the false personas.

One false persona, “Miarama,” was used to induce an Alabama resident into providing $106,000 via wire transfers and cashier’s checks. The amount included $48,000 to pay overdue taxes on a nonexistent gold inheritance in Ghana and $21,000 wired to Bitsav Supply LLC, a shell company set up by Inusah. Another false persona, “Grace,” persuaded a Washington resident to wire funds so “Grace” could maintain her South African cocoa plantation and move to the United States to marry the victim. Other victims of the false personas included residents of Ohio and Florida.

The jury found Inusah guilty of receipt of stolen money, conspiracy to commit money laundering, and two counts of wire fraud. The wire fraud counts involve a pair of $2,000 Zelle wire transfers to Inusah from the money obtained using the “Miarama” false persona in January 2019.

“It is truly heartbreaking how this conspiracy exploited individuals who were particularly vulnerable, such as following the death of a longtime spouse,” said United States Attorney Will Thompson. “Some of the victims did not recognize themselves as victims, and continued to believe these false personas were real and that they were in actual relationships. I commend the investigative work of the United States Secret Service, the United States Postal Inspection Service, the Federal Deposit Insurance Corporation-Office of Inspector General (FDIC-OIG), the West Virginia State Police and the South Charleston Police Department. I also commend Assistant United States Attorneys Kathleen Robeson and R. Gregory McVey and our trial team for trying this complex fraud case before the jury.”

United States District Judge Robert C. Chambers presided over the jury trial. Inusah is scheduled to be sentenced on November 21, 2022, and faces a maximum penalty of 50 years in prison.

The public is encouraged to report potential online fraud activity or scams at https://www.ic3.gov/ .

If you or someone you know is age 60 or older and has been a victim of financial fraud, help is standing by at the National Elder Fraud Hotline: 1-833-FRAUD-11 (1-833-372-8311). This U.S. Department of Justice hotline, managed by the Office for Victims of Crime, is staffed by experienced professionals who provide personalized support to callers by assessing the needs of the victim, and identifying relevant next steps. Case managers will identify appropriate reporting agencies, provide information to callers to assist them in reporting, connect callers directly with appropriate agencies, and provide resources and referrals, on a case-by-case basis. Reporting is the first step. Reporting can help authorities identify those who commit fraud and reporting certain financial losses due to fraud as soon as possible can increase the likelihood of recovering losses. The hotline is staffed 10am-6pm Eastern Time, Monday-Friday. English, Spanish, and other languages are available.

A copy of this press release is located on the website of the U.S. Attorney’s Office for the Southern District of West Virginia. Related court documents and information can be found on PACER by searching for Case No. 3:21-cr-70.