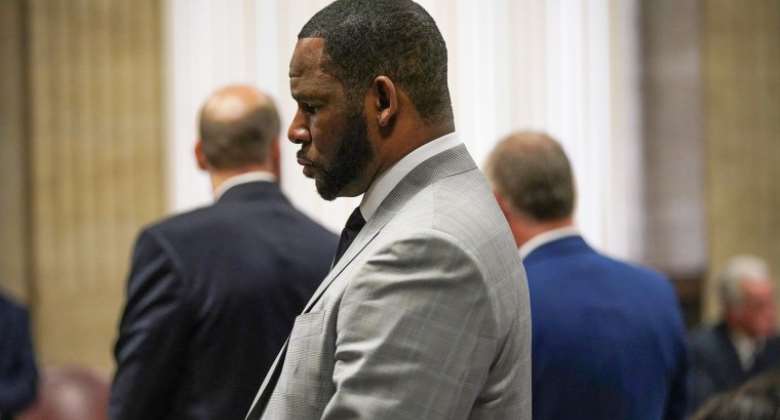 This story is not far off from many in the past who rose rapidly to fame and fell to shame, disgrace, and dishonor. Names like Elvis Presley, Michael Jackson, Tupac Shakur, and many other superstars have made it on the infamous list.

In this article, I seek to explore the haydays of Kelly, his dark days, and what he really needs to transform to become far better than what he used to be.

“Take heed and beware of covetousness, for one’s life does not consist in the abundance of the things he possesses.”

What did R. Kelly enjoy in his hay days?

Talent: He was globally celebrated as a singer, writer, record producer, actor and businessman. R. Kelly released hit songs in the '90s until the 2000s

Money: With uncommon success of selling over 75 million records worldwide, Kelly was celebrated as the most commercially successful male R&B artist of the '90s with massive financial reward. According to Celebrity Net Worth , in the peak of his career, he was worth $100 million.

Awards: His popular song 'I Believe I Can Fly', won him three Grammys. His other major recognitions include Billboard Awards, and BET Awards for his hit songs.

Influence: With all the above under his belt, Kelly will go down in history as one of the most influential R&B talents on earth. He rose, he inspired many and he could not sustain it. Rolling Stone magazine called him "arguably the most important R&B figure of the 1990s and 2000s."

What is happening to R. Kelly now?

The once most celebrated and decorated R&B 'king' is now battling for his life in jail. He has been convicted, restricted and incarcerated for multiple crimes against people.

Assistant US Attorney Melanie Speight said that, “In the immediate future, he faces another federal criminal trial in Chicago for charges related to child pornography.”

R. Kelly is now worth negative $2 million dollars due to loss of wealth.

His possessions will mean nothing now.

His reputation has been damaged.

His awards will be valueless.

People have lost trust in him.

His close associates wouldn't want to associate with him because it will be used against them.

Whilst uncountable people bought his albums and attended his shows, he can now count how many people will show up to comfort him in prison.

He is alone in these dark days of shame, embarrassment and scorn.

According to one report , he was put on suicide watch for his own safety after a to psychological assessment.

In St. Augustine of Hippo's Confessions , he made this statement concerning man's yearning for God when he said, “You have made us for yourself, O Lord, and our heart is restless until it rests in you.”

Who can help R. Kelly?

No human being can perfectly help R. Kelly except God who made him (Genesis 1:26-27). No human, money, power or material possessions can fill the void he is experiencing now.

From the biblical standpoint, R. Kelly, (like any of us sinners) is not above and beyond the blood of Jesus Christ shared on Calvary's Cross.

He desperately needs the following:

#1. R. Kelly Needs To Hear The Gospel Of Jesus Christ Which Has The Power For Salvation.

The Apostle Paul in writing to the church at Rome stated that the gospel has the power for the salvation of men which imputes righteousness unto us from above (1:16-17).

The first thing R. Kelly needs is the gospel of Christ. He needs to hear that he is dead in his sins and needs God to make him alive together with Christ by the grace of God alone (Ephesians 2).

He needs to hear that the soul that sins will die but he who cries for mercy to God will not be turned away.

#2. R. Kelly Needs To Drink From The Holy Scriptures That Make Wise Unto Salvation.

The second important thing R. Kelly needs at this juncture in life is the Holy Scriptures. No book will accurately describe his depravity and perfectly provide a solution than the revealed word of God. Hebrews 4 says the word of God is living and powerful.

In the Bible, God has laid down His plan of salvation in the person of His only Son, Jesus Christ. If he should get hold of the Bible and genuinely read it and ask for help from God, He will lead him to behold wonders in His book.

Believers around the world have been praying for people like R. Kelly for centuries since the dawn of Christianity. We are commanded to pray that God will rescue their souls from the condemning power of sin and eternal damnation. The Bible says through sin, death reigns in the human race.

The third important thing R. Kelly needs is prayer because the Bible says when we pray for men in authority and power, it is the desire of God to save them. Hence, we are the watchmen for the souls of sinners just like Abraham prayed for Sodom and Gomorrah.

We must offer prayers for sinners to be saved from sin and turn to God.

#4. R. Kelly Needs The Holy Spirit Who Convicts The World Of Sin.

When Jesus was leaving to the Father in John 16:5-15, He promised the coming of the Holy Spirit and part of His major ministry is to convict the world of sin and of righteousness and of judgement (v. 8).

He needs the Holy Spirit to convict him of sin so that he can truly repent and come to saving faith. For his 55 years on earth, he has loved sin and lived under the power of the prince of darkness. God can do a miraculous work on him to turn things around like the dry bones in the valley with Ezekiel (Ezekiel 37). Only God can cause Him to be born again.

The Spirit of God can transform a hardened criminal to become a sober and gentle slave of Christ.

#5. R. Kelly Needs Jesus Christ Who Died On The Cross To Save Us From Hell.

The last thing Kelly needs is Jesus Christ. He was made sin for us so that we can become the righteousness of God. He bore our sins so that we will not pay for our debts. He was disgraced for our transgressions so that we will experience the peace of God.

Yes, R. Kelly stands condemned in the court of men but if he turns to God, Christ will stand accused and punished for him so that he does not have to spend eternity in hell.

"For God so loved the world that He gave His only begotten Son, that whoever believes in Him should not perish but have everlasting life. For God did not send His Son into the world to condemn the world, but that the world through Him might be saved."

A life without God makes no sense. You may enjoy the passing material riches of this world which will leave you empty. Vanity upon vanity and all is vanity but man's sole purpose is to know His creator and live for Him.

May the Lord save the disgraced life of R. Kelly to serve Him for the rest of his life.

What have you learnt from this? Share with us.