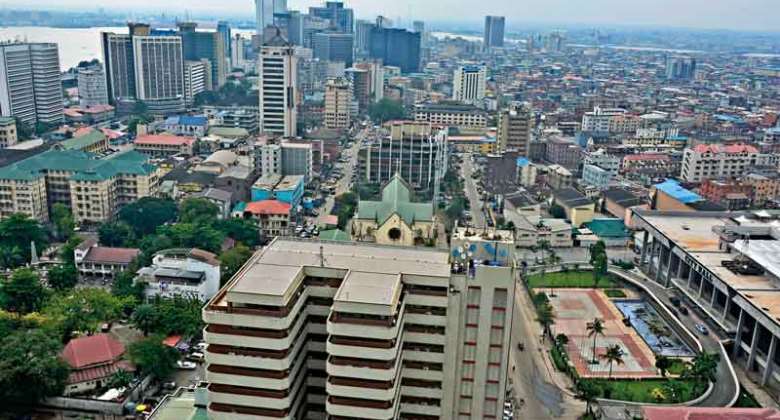 To those who have been asking for my views on the last Osun governorship election, let me confess that the keenly contested election is a story worth telling. Deservingly so, yours sincerely will give a bird’s-eye view at an appropriate time. Soon! Surely!

That said, there is something about political orientation in Nigeria, which is also affected by the level of civilization. Inside that civilization are the levels of literacy and standard practice of the people’s norms and values. Whenever we mention politics, what is in the mind of an average Nigerian is an abstract phenomenon, yet, critical to public administration; it sure means different things to different people. To some, politics is just about how to grab state resources in a legitimate manner. So, people seek politics for the sake of power, and the only way to go about it is to play politics; that is, being involved in the structure of politics. To some people, anything goes in politics; even, rules and standards, by not obeying them, is politics. So, apart from its standardized definitions, politics is what the player or the political gladiator calls it, as long as it is soothing and convenient to his or her interest.

Again, politics already domesticated carries other attributes and these attributes can only be located within the context of the culture of where they are domesticated. For instance, if politics is defined by the ancient fathers as ‘who gets what, when, how’ (Harold Laswell, 1936); and the ‘authoritative allocation of value’ (David Easton, 1965), still, it has its own attributes. After all, politics enables one to get certain things done subject to certain intrigues. It also helps one to bend the rules, especially, if one plays it right. In that context, people make peculiar choices and induced policies are also churned out. The summation of all these things is exactly what is now happening in Nigeria.

In like manner, governance is administration, and administration itself is hinged on leadership. Impliedly, the type of leadership we get is the kind of government we have. The kind of government we get is the kind of administration that will be given to us. Obviously, it boils down to leadership. In the Nigerian context, the way leadership emerges is in itself problematic. It may appear seemingly democratic but, if it is stripped of its niceties, it will be discovered that leadership emergence in our clime has very undemocratic principles. Take for instance, for anybody to emerge as a presidential flag-bearer of a political party in Nigeria, he must fulfil some conditions. To put it mildly, these conditions have already disenfranchised millions of other Nigerians. In other words, what is required, when one looks at it, is not a level-playing field at all.

According to Amartya Sen, poverty becomes prevalent where there is ‘unfreedom’ on the part of the individual citizen to make a free choice of economic or political activities, which is independent of the State’s influence. In Nigeria, political choices are seldom free. Oftentimes, choices are made by the mass of citizens from the system-restricted options. A system-structured political party produces a restricted option of candidates, making the probability of outcomes purposively known and predictable! Invariably, the outcomes of the people’s choices are fairly and predictably known because the people are given guided options. While the systemic control makes the idea of an ‘independent candidate’ alien to Nigeria, the systemic restriction in Nigeria makes it impossible for certain classes of citizens to attain the privileged status of being voted for in the general elections.

As things stand, Nigeria’s political space is populated more by accidental democrats and opportunistic contractors, and they have been shown the way to riches. The powerful people have structured political emergence in such a way that it will perpetually fit their profile and those projected to become leaders! For example, it is they who organise the delegates and it is they who feed them. Since it is they who ‘settle’ them financially, they also direct the delegates with regard to the direction of their (the delegates’) votes. As we can also see, ability to understand and process issues will always be central to the choices that are made. For God’s sake, how many people can afford N100m just to pick a presidential form and how many people can service the delegates in terms of reality?

Yes, the Independent National Electoral Commission (INEC) provisions stipulate a certain amount of money to be paid to each delegate as an honorarium. Even at that, how many people can boast of it in a domestic economy with a Gross Domestic Product (GDP) currently standing at $440.78B? How can an individual pay that kind of money to, say, 1000 delegates? To be more attractive, and to edge out other competitors, the demands of delegates have even become enhanced, and ostensibly dollarized. Just think about it: can yours sincerely afford such a luxury. Who dash monkey banana? Yours sincerely who, despite his life struggles and commitment to nation-building, still has no roof of his own over his own head? Anyway, that’s a discussion for another day!

Undeniably, these stumbling blocks have not only rendered the process undemocratic but also inexplicably maniacal. At the end of the day, what it means is that the societal system has already selectively determined those whose ‘birthright’ it is to lead this fractured microcosm. That’s why ‘papa’ leaves office and puts his ‘pikin’, because it is only the son who has grown all the features that can make him an heir to the throne. Of course, that is why democracy in Nigeria is graphically defined as ‘government of the rich to favour the rich while perpetually keeping the poor in hopeless unfreedom’.

Going by the last party primaries in Nigeria, when one takes a cursory look at the number of people who wanted to rule Nigeria, one then begins to wonder where the country is truly headed. No thanks to the subtle political elimination culture which, more often than not, disqualifies qualified persons from standing for elections due to the State’s inbuilt inhibitions! The system would have so incapacitated them that their voices cannot be heard. Even if such people have noble ideas, the only place they can gestate will be in the ‘other room’. The tragedy of it all is that it’s a system which gives Nigerians limited options. So, it’s either one queues behind ‘Emi lokan’, or get ‘Atiku-lated’, or simply become ‘Obi-dient.’

When trust between the late Obafemi Awolowo and Ladoke Akintola came under severe strain, until it got to a climax during the First Republic, Awolowo’s position - that he was after development - was clear to everybody. But what was Akintola’s excuse? Well, it was more of a battle for survival and prominence. In other words, politics was reduced to the level of ‘who’s the superordinate’ and ‘who’s the subordinate’? If it were to be that SLA wanted a certain development plan implemented and Awo was opposed to it, the story would have been different.

The question now is: even after most of the political gladiators of the First Republic have died, has Nigeria been able to climb out of the morass into which she was sunk? Till tomorrow, some things have remained central; and they are the sin, sinfulness and the insatiable smartness of the political class. Sad that what we now have on our hands are appropriate errors of empty spirituality wrapped in the exhibition of ecstasy.