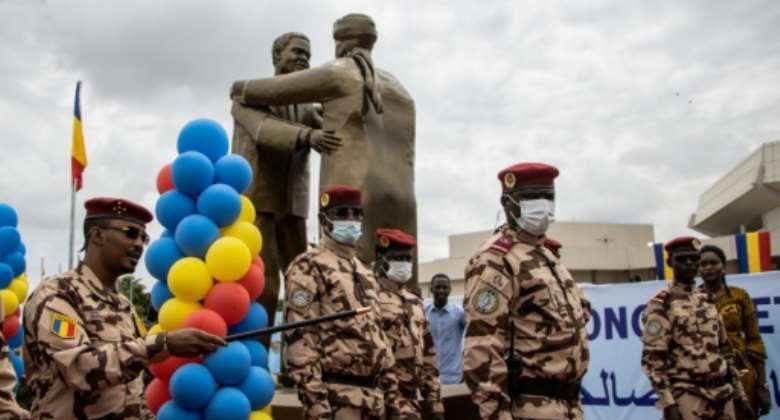 Delayed talks on Chad's future that the ruling junta says are a "decisive moment" opened Saturday, even as some opposition groups boycott the gathering.

More than 1,400 delegates from the military government, civil society, opposition parties, trade unions and rebel groups gathered in N'Djamena for the "national dialogue" that is scheduled to last three weeks.

Junta chief General Mahamat Idriss Deby described the forum, his brainchild, as a "decisive moment in history of our country" after arriving in military dress surrounded by tight security to open the forum.

Earlier, he had first inaugurated a statue symbolising national unity at the January 15 palace in the capital N'Djamena before reviewing an honour guard, an AFP journalist at the scene saw.

"This dialogue should allow us definitively to put recourse to arms behind us," said government spokesman Abderamane Koulamallah.

Deby in midweek signed a decree saying the forum would make "sovereign" decisions which would be legally binding and that he would act as guarantor.

The junta head took power in April 2021 at the age of just 37 after his father, who ruled for 30 years, was killed during a military operation against rebels.

The military leader says the talks should open the way to "free and democratic" elections after an 18-month rule by the junta -- a deadline that France, the African Union (AU) and others have urged him to uphold.

Mahamat Nouri of the Union of Forces for Democracy and Development (UFDD), returned from 16 years in exile to a warm welcome from supporters. By AURELIE BAZZARA-KIBANGULA (AFP)

The dialogue, which should have begun in February, was hit by repeated delays as Chad's numerous rebel groups, meeting in Qatar, squabbled over whether to attend.

In the end, around 40 groups on August 8 signed up to a deal that included a ceasefire and guarantee of safe passage.

How to achieve lasting peace, reform state institutions and grant fundamental freedoms to all topped the agenda.

Committees must also draw up a new constitution that will be put to a referendum.

While a number of opposition groups appeared ready to give the forum a chance, some groups did not attend.

The Front for Change and Concord in Chad (FACT) boycotted the event which it considers to be "skewed in advance" towards the military junta.

FACT is a key opposition group which did not sign the peace accord and which triggered the offensive in the northeast last year that ended in the death in combat of Deby's father Idriss Deby.

Junta chief Mahamat Idriss Deby Itno, seen at the presidential palace in April, says the forum should open the way to "free and democratic" elections inside 18 months. By Brahim ADJI (Tchad Presidential Palace/AFP/File)

Forum opponents are also upset at an indication Deby may decide to stand as president having initially pledged not to do so on assuming power as junta chief.

Succes Masra, leader of the Transformers party, which is part of the Wakit Tamma coalition, on Saturday called for civil resistance at a meeting in N'Djamena attended by several hundred supporters which drew a large police presence.

After Saturday's preliminaries, actual dialogue is set to start on Sunday or Monday.

On Thursday, two exiled rebel leaders, Timan Erdimi and Mahamat Nouri of the Union of Forces for Democracy and Development (UFDD), a former defence minister, returned to Chad to participate in the forum.

Timan Erdimi, head of the Union of Resistance Forces, returned from a 17-year exile to attend. By AURELIE BAZZARA-KIBANGULA (AFP)

"We signed this agreement to rebuild Chad," Erdimi, the head of the Union of Resistance Forces (UFR), told AFP.

Chad, one of the world's poorest countries, has endured repeated uprisings and unrest since independence from France in 1960.

The talks face major challenges according to observers: time pressure and the absence of two of the biggest rebel groups.