My Take On Mineral Resources Exploitation In Ghana/africa. 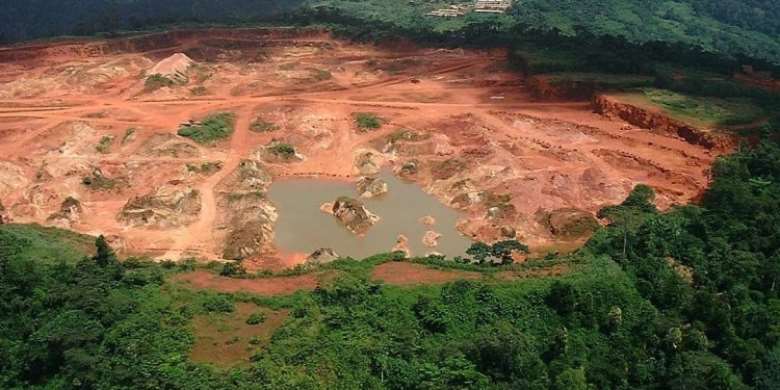 " No one owes us a living. We cannot live by the begging bowl." Lee Kuan Yew.

Ghana is endowed with great natural minerals like gold, diamond, manganese, bauxite, salt, clay, limestone, kaolin, feldspar, lithium, iron ore, bentonite, silica, oil and gas, etc. But did you know that the commercial exploitation of all these minerals for over 150 years has not helped things much?

Recent reports have it that 98.3% of Ghana's gold is owned by foreign corporations in the U.S., Britain and Canada. The oil and gas sector is dominated by European and America oil companies having high percentage stakes with Ghana having between 10-20% as the bona-fide owners of the resources. What a pathetic situation!

When Dr. Kwame Nkrumah nationalized all the gold mines after independence, he was overthrown in a coup d'état masterminded by the Central Intelligence Agency (CIA) of America. Later, they sent in the Bretton Woods Institutions, the World Bank and International Monetary Fund (IMF) and International Financial Corporation (IFC) to force Ghana to pawn all its gold as a precondition for any loans and trade agreements. They then introduced the Economic Recovery Policies and Structural Adjustment Programme (SAP), and brought in the mining multinational companies and conglomerates in the name of Foreign Direct Investment (FDI). This has opened the doors to the predation, pillage and plunder of Ghana's and Africa's natural resources.

Gold is amongst the most strategic precious metals in the world. Ghana as a colony of Britain and under the supervision of US-controĺled IMF and WB was no longer allow to nationalise her gold mines and use gold to support the stability of her currency instead the government was concerned over and dependent on crumbs: loans, grants, aids and dole-outs and freebies until all its mineral resources and concessions have been taken over by foreign companies giving Ghana a paltry 10-20% shareholding stake in most agreements. This has been Ghana's and Africa's bane all these decades. Indeed, the die was cast. Things really fell apart and the centre couldn't hold till date. The country is still going on this hydra-headed journey. When would this come to an end? When would Ghana take absolute control of its natural resources and rake in the needed revenues for its socio-economic development.

Someone once asked me: " What is the solution to Ghana's and Africa's resource curse?" My answer was swift and instant: "Abrogate all extractive contracts and renegotiate them on at least 50-50 share of ALL mining agreements signed. If the Foreign Companies refuse to complie, sack them all." Somebody would ask me if I know about Judgement Debt? And my answer is yes!

I believe that answer was harsh and would receive the highest condemnation from some quarters, but who cares! Only the late Colonel Mouamar Qaddafi was able to do that for his country's oil and he got the revenues to develop Libya. Botswana was also able to get a good mining law for its diamond sector and has done extremely well since. Ghana has missed it on all these. Ghana's mineral laws are so weak on fiscal regime to the extent that it is been short-changed in the mineral sector so far as revenue accrued is concerned.

In a seminal book by Tom Burgis tiled " The Looting Machine", he catalogued almost all these instances in African countries. A very sad and sorrowful situation in Africa's resource governance all these decades of exploitation.

Look at the following figures and you'll understand why things need to change NOW.

For example, Zambia receives about 2.4% of all mineral revenues. DR of Congo receives about 2.5%. And Ghana receives about 7% including royalties 3%, tax and dividends. This is the case across the entire African and Latin American regions with very few exceptions especially in the oil and gas sector where many countries have adopted Production Sharing Agreements.

In 2009, when Dr. Kwabena Duffuor, the then Minister for Finance, wanted to raise Ghana's royalties in mineral contracts from 3% to 6%, this attracted stern warnings and accusations from mining companies about resurgent "resource nationalism". An official of one mining company intimated about the said increase in royalties that, "our investment agreement supercedes the mining laws of Ghana." That increment never happened. Sad, indeed!

Again, Niger, one of the foremost uranium exporting countries makes more money from the export of onions than it makes from the total receipts from its uranium export. It receives less than 5% of all the uranium mined in the country. French mining company called AREVA has been mining the uranium to power their nuke stations in France for decades to power its economy and development but Niger languishes in abject poverty, almost always ranking at the bottom of the Least Developed Countries (LDCs) as well as the Human Development Index (HDI) ranking. These our current leaders across Africa must stand and fight with a common goal and approach.

What a resource curse is this! It's been pillage, plunder and predation of African resources since time memorial. Ghana nust wake up! Africa must rise up! This must stop NOW!