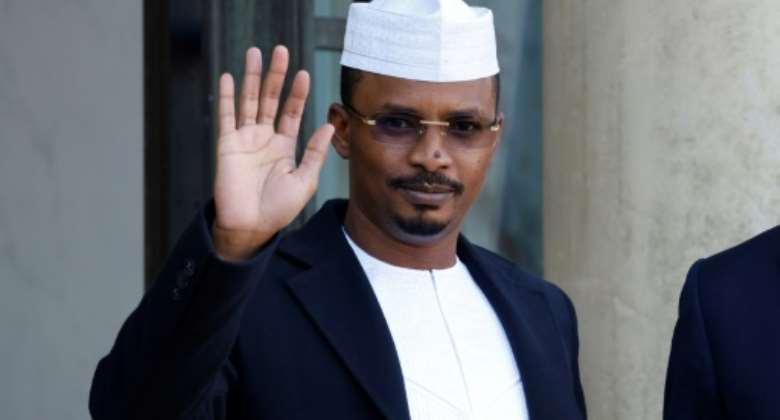 The talks are the brainchild of junta chief General Mahamat Idriss Deby. By Ludovic MARIN (AFP/File)

Crucial national talks on the future of Chad that the ruling junta says will pave the way for elections begin on Saturday but the forum has been overshadowed by delays and boycotts.

More than 1,400 delegates from the military government, civil society, opposition parties, trade unions and rebel groups will gather in N'Djamena for the "national dialogue" that is scheduled to last three weeks.

The talks are the brainchild of junta chief General Mahamat Idriss Deby.

Deby took power in April 2021 at the age of just 37 after his father, who ruled for 30 years, was killed during a military operation against rebels.

He has said the forum should open the way to "free and democratic" elections after an 18-month rule by the junta -- a deadline that France, the African Union (AU) and others have urged him to uphold.

But the "dialogue", which should have begun in February, has been marred by delays as Chad's myriad rebel groups, meeting in Qatar, squabbled over whether to attend.

In the end, around 40 groups on August 8 signed up to a deal entailing a ceasefire and guarantee of safe passage.

On the agenda is lasting peace, reforming state institutions and a new constitution that will be put to a referendum.

Junta chief Deby signed a decree on Wednesday saying the decisions taken at the forum will be "legally binding".

Deby will speak at around 10:00 am (0900 GMT), said Saleh Kebzabo, a vice president of the forum's organising committee and one-time opponent of the elder Deby.

The dialogue would then begin on Sunday or Monday, Kebzabo told AFP.

On Thursday, two exiled rebel leaders, Timan Erdimi and Mahamat Nouri, returned to Chad to participate in the forum.

"We signed this agreement to rebuild Chad," Erdimi, the head of the Union of Resistance Forces (UFR), told AFP.

Chad, one of the world's poorest countries, has endured repeated uprisings and unrest since independence in 1960.

On Thursday, two exiled rebel leaders returned to Chad to participate in the forum including Timan Erdimi. By AURELIE BAZZARA-KIBANGULA (AFP)

The talks face major challenges according to observers: time pressure and the fact that two of the biggest rebel groups are not taking part.

They include the Front for Change and Concord in Chad (FACT), which triggered the offensive in the northeast last year that ended in the elder Deby's death.

FACT has said it considers the talks to be "skewed in advance".

What again do you have for Ghanaians besides economic theori...
44 minutes ago