By Patricia Agupusi - The Conversation
Article 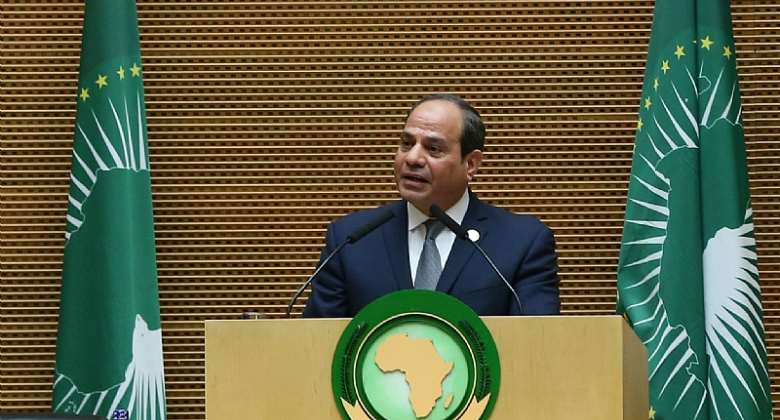 On 9 September 1999, the Heads of State and Government of the Organisation of African Unity issued the Sirte declaration calling for the establishment of an African Union (AU).

Their mission was to accelerate the process of integration on the continent while addressing multifaceted social, economic and political problems. The AU was founded in May 2001 and officially launched on 9 July 2002 in Durban, South Africa.

Its 20th anniversary is a useful moment to examine how far the AU has progressed towards meeting its core objectives. There is no dearth of criticism of the union from scholars, analysts and journalists.

Some of the criticism is about poor governance , implementation problems and rising security issues. It seems, too, that citizens of member states lack trust in the AU.

Most of these criticisms are fair, given that the AU was expected to carry Africa in to the future through the ideals of African renaissance and Pan Africanism. The mission statement spoke of “an integrated, prosperous and peaceful Africa, driven by its own citizens and representing a dynamic force in the global arena”.

Based on my previously published research , the commitment of African leaders remains the most pressing obstacle to African renaissance and development.

The differences between the hope inspired by the union at inception and the reality of dashed hopes 20 years later can be partly linked to the quality of leadership in countries that championed the current AU.

Despite the governance problem, the AU has made some progress in peacekeeping across the continent by establishing the African Standby Force in December 2003.

To ensure effective operation, the force is decentralised and coordinated at a regional level. It is expected to manage insurgency-related conflicts in various countries. The Standby Force is yet to start full operation, however.

Since the COVID-19 pandemic, the AU has elevated the Africa Centres for Disease Control and Prevention from a specialised technical institution to a public health agency with regional collaboration centres. This action is an improvement. It will help in tackling future epidemics and will support member states' public health in general.

In 2015, the Heads of State and Government created Agenda 2063 with 20 priority goals. The initiative is supposed to be based on lessons of past experiences and the understanding that globalisation can provide new development opportunities for the continent.

The Agenda has highlighted important areas that would accelerate the development of member states. For example, it led to the launch of the Programme for Infrastructure Development in Africa in 2020. The goal of the programme is to intensify regional economic integration, which has been held back by a poor transport network.

Read more: The African Union at 20: some reason to cheer, but lots of work ahead

The regional peacekeeping process has not translated into regional economic integration and a socio-economic framework for development.

Economic development remains the AU's weakest area. The New Partnership for Africa's Development was supposed to develop a homegrown policy framework for sustainable economic development. Its goals include eradicating poverty, promoting growth and integrating Africa into the world economy.

The AU's inability to implement its economic development framework remains an obstacle to achieving its goals. The importance of regional integration cannot be exaggerated given the low proportion of inter-African trade when compared with other regions. The volume of trade among countries of the continent is around 15% of total trade, while in Europe, North America, and Latin America, rates are 68%, 37% and 20% respectively.

Read more: Pan-African integration has made progress but needs a change of mindset

The introduction of Agenda 2063 as a development framework is the first step forward. To avoid a repeat of the discarded Lagos Plan of Action it is important that the AU aligns the agenda with its values of self-reliance and inclusiveness.

To achieve this, the Agenda 2063 agency needs to expand its consultation with civil society and stakeholders of member states. This would increase participation by member state citizens, improve the sharing of information and tighten up accountability.

Funding for projects is one of the biggest challenges facing the AU. It still depends on external funding for its own operations. A solution would be a binding institutional arrangement where members have to contribute funds and there are penalties for not doing so.

The AU has had a shaky two decades burdened with intertwined problems of governance, external dependence and poor capacity. But these problems are not insurmountable. A prosperous and united Africa is within reach if the AU addresses its core problems and fosters more participation of member state citizens.

Patricia Agupusi does not work for, consult, own shares in or receive funding from any company or organisation that would benefit from this article, and has disclosed no relevant affiliations beyond their academic appointment.