By Abiodun Odusote - The Conversation
Article 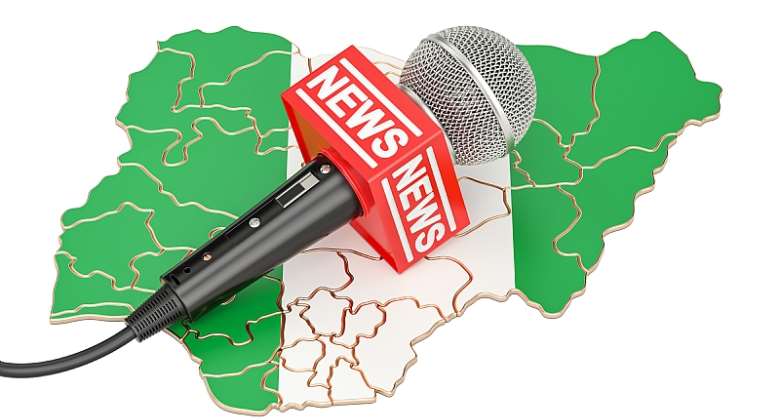 Recent fines on media houses in Nigeria are attempts to gag them. - Source:

Nigeria's National Broadcasting Commission recently imposed a fine of N5 million (about US$11,922) each on MultiChoice Nigeria Limited , NTA-Startimes and Telcom Satellites Limited for airing a BBC Africa Eye documentary titled The Bandit Warlords of Zamfara . It said the documentary “glorified the activities of bandits and undermines national security in Nigeria”. It imposed a fine of the same amount on Trust TV for broadcasting the documentary Nigeria's Banditry: The Inside Story . The Conversation Africa asked constitutional law expert Abiodun Odusote to weigh in on the implications of the commission's action.

Are the fines consistent with the broadcasting code ?

I cannot see the justification for the claim by the broadcasting commission that The Bandits Warlords of Zamfara documentary glorified the activities of bandits and undermines national security in Nigeria.

The essence of the code is to ensure compliance with the minimum standard for broadcasting in Nigeria. And this standard is to ensure that broadcasting serves the interests of the people through information, education and entertainment.

The documentary educated Nigerians by providing insights into the factors driving insurgency, terrorism and banditry. Such factors include ethnic rivalry, clashes of livelihoods, poverty and corruption.

These insights confirm my research findings on conflicts between farmers, herdsmen and communities in West Africa.

My findings include the fact that the conflicts in northern Nigeria are driven by poverty. The conflicts manifest in terrorism, banditry and kidnapping. Herders want grazing land and cattle passages, while farmers seek to protect their farmlands, plantations and produce from cattle. I also discovered that ethno-religious undertones worsened the conflicts. I recommended that military intervention alone would not solve them. Credible legal and institutional frameworks were needed to promote peaceful co-existence.

The documentary also highlights deep rooted issues of injustice and oppression that must be addressed for there to be reconciliation, forgiveness and peace. In addition, it addresses the devastating role that corruption is playing in exacerbating terrorism. It challenges the emphasis on religion alone as the root cause of the conflicts.

All this support the conclusion that the documentary has informed and educated Nigerians. It does not in any way incite crime or glorify terrorism. It is not repugnant to public feeling and does not contain an offensive reference to any person. It is not likely to incite crime or conflict. It actually throws light on the nature of the problems.

My conclusion is that the Commission's action is inconsistent with its code and is very provocative.

What options are available to media organisations seeking redress?

There are a variety of judicial and non-judicial remedies media organisations can pursue. One is to write a protest letter to the Commission, demanding that it withdraw its letter.

If that fails, they can approach the Public Complaint Commission for redress. If they are not satisfied with the outcome they can challenge the imposition of the fine in the courts. They can then seek an order of court declaring the imposition of fine as illegal, null and void. They can ask the court to restrain the Commission from withdrawing or suspending their licences on account of this documentary. And they can ask for exemplary damages.

The regional and international adjudicatory bodies like the ECOWAS Court and the UN Human Rights Committee can also be approached for intervention.

Are the fines an attempt to muzzle the media?

Yes. In my view it is a calculated attempt to gag the media, to prevent and obstruct freedom of expression in relation to insecurity. Any objective bystander knows that the media houses have done no legal wrong.

They have not violated any law or regulation or code of conduct. They have merely embarked on risky investigative journalism and should be commended and encouraged. The media houses have merely exposed the truth that the kidnappers are not ghosts, that the terrorists are known and can be reached, that our soldiers are not adequately equipped and that some government functionaries appear to be benefiting from the crisis.

It has also been shown that there are other ways to solve the problems of insecurity apart from military engagement.

The documentary was accurate, objective and fair. The media houses have a constitutional right to freedom of expression and freedom to inform and educate the public. They should refuse the gagging penalty or fine.

Are there not enough provisions in Nigeria's constitution for the government to sanction erring media organisations?

We have seen instances in the past where imposition of fines by regulatory authorities has been successfully challenged. The media houses can equally apply for a judicial review or injunctive relief.

Abiodun Odusote does not work for, consult, own shares in or receive funding from any company or organisation that would benefit from this article, and has disclosed no relevant affiliations beyond their academic appointment.

More trouble for Weija residents as more volumes yet to be s...
43 minutes ago