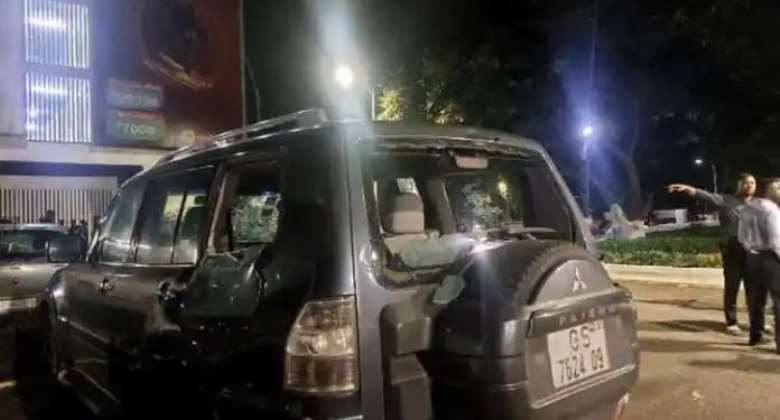 A violent clash that ensued on Thursday night caused chaos and demanded security reinforcement to ensure peace was restored.

Speaking to Citi News on Friday, Dr. Daniel Bekoe who is the Relations Officer of KNUST disclosed that nine vehicles belonging to the staff of the school were destroyed in the clash.

“The hall master of Unity Hall did well by trying to calm the students at the Unity Hall and then asking them to withdraw. But then the fellows from the Katanga Hall were still pursuing. In the process, they destroyed about 9 cars. They were 9 vehicles belonging to staff,” he shared.

According to Dr. Daniel Bekoe, 11 students also sustained various degrees of injuries and had to seek medical attention.

He said already, KNUST authorities are collaborating with the police to investigate the matter to bring the perpetrators of the clashes to book.

“There were about 10 or 11 students who sustained various degrees of injuries. They were rushed to the University Hospital for medical attention and as we speak now we are helping the police to commence investigations into this.

“We have networked the whole campus with CCTV Cameras so we have vivid footage which we are going to provide to the police to enhance their investigations and the culprits will be brought to book,” the university relations officer noted.

Calm has been fully restored today for academic activities to proceed.

Where are DISECs in this whole galamsey brouhaha – Otumfuo q...
47 minutes ago

Akufo-Addo announces plan to establish Tourism and hospitali...
47 minutes ago