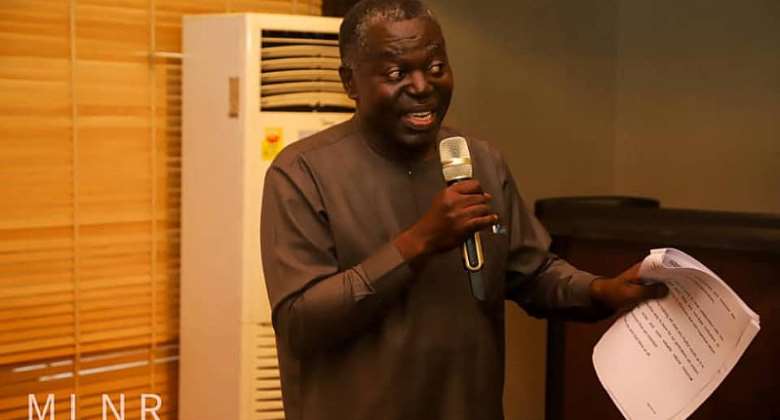 The Deputy Minister for Lands and Natural Resources responsible for Lands and Forestry, Mr Benito Owusu-Bio, has urged journalists to take interest in environmental and natural resources governance issues.

He also advised the media to play its watchdog role well by educating and empowering local communities to understand environment-related crimes.

Mr Owusu-Bio said this in Accra on Wednesday at a two-day workshop aimed at equipping journalists with the knowledge to report on crimes against nature.

He mentioned some major crimes in the forestry sector as illegal logging in forest reserves, poaching of wildlife and illicit trade in wildlife.

On the land sector, Mr Owusu-Bio disclosed that a Public Lands Protection Team has been inaugurated to reclaim encroached state lands and protect them from future encroachment.

To protect land and river bodies from illegal mining, the Deputy Minister said several initiatives, including designating certain river bodies as red zones for mining, revamping community mining, and distributing 100 mercury-free machines, were being implemented to tackle the problem of illegal mining.

On her part, the Deputy Chief of Mission at the U.S Embassy, Ms Nicole Chulick, urged journalists to ask tough questions and hold regulatory agencies accountable when they don’t fully protect natural resources.

She said the work of journalists was critical for increasing transparency and necessary to shed light on alarming instances of nature crimes.