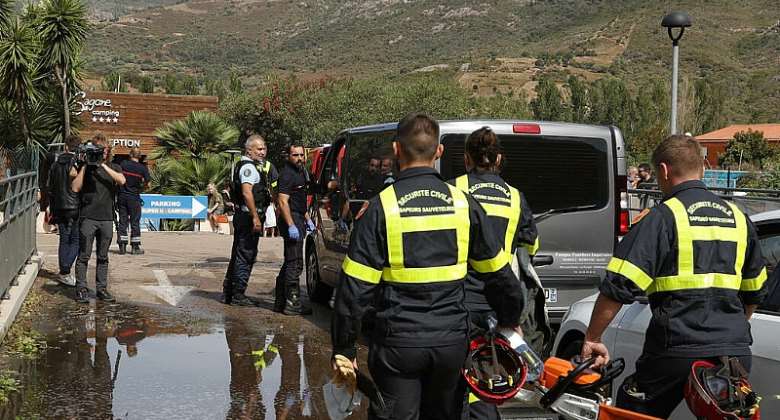 The French Mediterranean island of Corsica faced more heavy rain on Friday after a violent storm ripped across the region the previous day, resulting in the deaths of at least five people.

At least five people died and around twenty others were injured after the unexpected storm had battered Corsica on Thursday.

Hail, heavy rain and winds peaking at 224 km per hour swept the island on Thursday morning.

Two of the victims were killed when trees fell in campsites and meteorologists have predicted more bad weather to come.

On Thursday, Méteo France announced that "storms formed at sea will affect large parts of the western Corsica coast throughout the night from Thursday to Friday"

Visiting Corsica, Interior Minister Gérald Darmanin said that at one point about 350 people had been reported missing as pleasure boats had capsized or been thrown adrift, but he added they had now all been found alive and well.

Witnesses of the storm – which wrecked campsites, delayed trains and uprooted trees – said they had never seen anything like it on the island.

The storm raged as many areas of France – which has been hit by heatwaves and severe drought – saw more rain in a few hours than in recent months combined.

Among the victims in Corsica, a 13-year-old girl died when a tree fell at a campsite and a 72-year-old woman was killed when her car was struck by a beach hut roof.

A 46-year old Frenchman died when a tree fell on a campsite bungalow in the north.

A fisherman and someone who was out canoeing also died.

Méteo France, which said that the exact location of storms was hard to predict, had not given advance warning.

However it issued an alert with "immediate effect" as strong winds began to hit the island.

On France's mainland, households were left without power after a storm hit the southern Loire and Ain departments, while on Wednesday evening in Marseille, streets were flooded and streams of water ran down steps in the port city.

Further north, drought has left the river Loire – famous for the chateaux along its banks – so shallow that even flat-bottomed tourist barges can barely navigate it.