Our economic woes due to the historic poor Akufo-Addo’s leadership, lack of accountability — Suleman Braimah 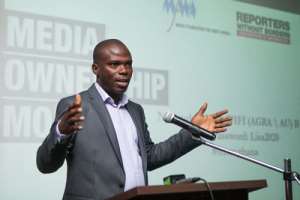 He blamed the economic mess on "Akufo-Addo's historic poor government."

According to him, the President's performance has been the worst in Ghana's history, which explains the country's current economic situation.

Mr. Braimah stated in a tweet seen by Modernghana News on Thursday, August 18 that the problems have been exacerbated by Parliament's failure to hold the president accountable.

“Ghana's economy has collapsed and the country is in deep crisis. This is due to the historic poor leadership of President Akufo-Addo and the failure of our Parliament to hold the government accountable to the people,” he wrote.

According to Bloomberg, Ghana's economy is currently one of the most challenging in the world, with every indicator, including the debt rate, ranking second only to El Salvador.

Bloomberg's immediate currency ratings also ranked the Cedi, which is now trading at around GHS10 per dollar, as the world's worst currency after the Sri Lankan Rupee.

Citizens have been plagued by extreme hardships as a result of the current inflation rate, which is also above 30%, making food items expensive for the average Ghanaian to afford.

Meanwhile, government in defence blames the situation on the impact of the Covid-19 pandemic and the ongoing war between Ukraine and Russia.

No insurance package for commercial 'pragya' operators - NIC
41 minutes ago