Why Is Comrade Adongo Running Scared of the NPP? 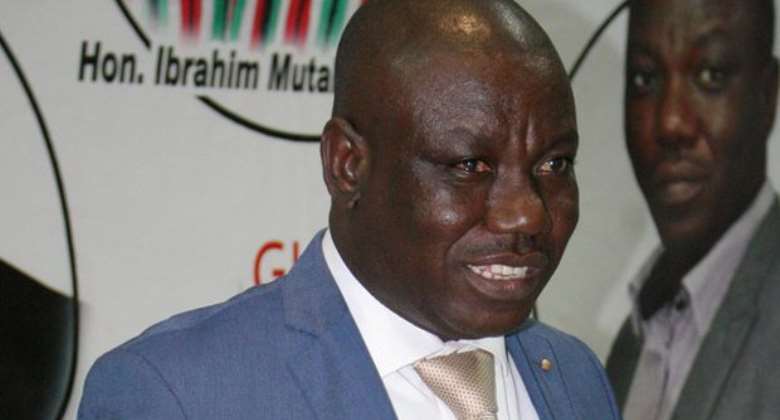 Isaac Adongo, the former John “European Airbus Payola” Dramani Mahama-appointed Deputy Finance Minister, if memory serves yours truly accurately, has been reported to have told the host of an Accra-based current affairs program that the 2024 General Election is bound to be a fierce contest between eligible Ghanaian voters and the key operatives of the ruling New Patriotic Party (NPP), rather than one that is apt to be between the latter neoliberal ideological and political establishment and the country’s main opposition political party, namely, the Jeremiah “Jerry” John Rawlings-founded National Democratic Congress (NDC) – (See “Election 2024 Will Be NPP v. Ghanaians, Not NPP v. NDC – Isaac Adongo” Modernghana.com 7/28/22).

It goes without saying that this kind of smug and cynical grandstanding inexcusably insults the intelligence of both the Ghanaian electorate and the Ghanaian citizenry at large. For, it offensively presumes that the fact that the Akufo-Addo Administration well appears to be having considerable difficulties dealing with the country’s macroeconomy, in of itself, automatically implies that the Ghanaian people have so soon and scandalously forgotten the fact that, warts and all, it was the John “Akonfem-Kanazoe Ouagadougou” Dramani Mahama and the National Democratic Congress that callously and unconscionably plunged Ghana into stygian darkness and virtual industrial stasis or inaction for some four-and-half protracted years. And, of course, during the preceding period that became globally infamous and synonymous with effective stagnation on the national economic development front, and which went by the name of “Dumsor,” that is, the wholly avoidable erratic supply of electricity or energy, both for commercial and domestic use, more than half of all business enterprises, both Ghanaian- and foreign-owned, went out of operation and into effective bankruptcy.

Indeed, if anybody wants to fully appreciate precisely why the present Akufo-Addo Administration seems to be having such an extremely difficult time in creating a critical mass of gainful employment opportunities for talented and professionally qualified Ghanaian youths, Dumsor is the crux of this entire problem. All may, truthfully, not be going well with the country’s economy under the stewardship of President Addo Dankwa Akufo-Addo. But the fact equally stands that it was never comfy under nearly every government in Ghana’s postcolonial era, for absolutely no human-controlled and operated government machinery has been known to be completely devoid of the sort of economic hiccups or difficulties being presently experienced by the Ghanaian people. Nevertheless, in any robust and functional democratic political culture, the electorate has a bounden obligation to periodically decide which political party and its leadership are better positioned or prepared to manage the affairs of their country over the course of the next constitutionally stipulated or mandated tenure.

In Ghana, the electoral mandate gets renewed every four years and the next electorate mandate renewal is scheduled for December 2024, which makes it barely two years from now. The present Akufo-Addo-led government has had its mandate consecutively renewed twice already, with the most recent and final renewal of its mandate having occurred in December 2020, scarcely a year after the apocalyptic unleashing of the China-originated COVID-19 Global Pandemic. To be certain, most of the countries that were significantly impacted by the COVID-19 Global Pandemic, including the Sovereign Democratic Republic of Ghana, have yet to fully recover from the deleterious effects of the same. In the recent past, the Mahama-led government of the National Democratic Congress has patently and scandalously demonstrated that it does not have the talent and the requisite set of governance flair or skills to rein in even a highly localized cholera epidemic, as we all witnessed in 2014. So, it makes absolutely perfect sense for Mr. Adongo, the National Democratic Congress’ Member of Parliament for Bolgatanga-Central Constituency, in the Upper-East Region, to assert that Election 2024 will squarely be an epic contest between operatives of the ruling New Patriotic Party and Ghanaian voters at large and not, as has traditionally been the case, a vigorous contest between the New Patriotic Party and the National Democratic Congress.

It makes perfect sense for Mr. Adongo to issue such a curious statement, because it is very obvious that the key operatives of the Mahama-led National Democratic Congress have absolutely no enviable record of national development achievements to either showcase or sell to the Ghanaian people, in particular registered and eligible Ghanaian voters. It is also unquestionably true that as one of the most significant cabinet appointees, Mr. Kenneth K. Ofori-Atta has not performed up to par, in Golfian parlance, and must therefore be promptly called upon by the President to tender his resignation or failing to promptly comply with the latter order, be promptly expelled from the Akufo-Addo cabinet. It is also true that Mr. Ofori-Atta’s watch at the Finance Ministry has not been one that occurred at a normal time; even so, the Columbia and Yale universities-educated investment banker has clearly proven himself not to be adaptive and resilient enough to effectively handle matters in an extraordinary time such as the present.

And we are also very certain that there is quite a significant number of better qualified Ghanaian technocrats well-poised to taking over from the Finance Minister and healthily steer the nation at least one notch further up the rungs of our national development and the President’s own electioneering-campaign agenda. Mr. Ofori-Atta clearly appears to be at his wits’ end, and it is absolutely unnecessary for Nana Akufo-Addo to prolong both the misery of his beloved cousin and the increasingly unbearable economic despair and immiseration of the Ghanaian people.