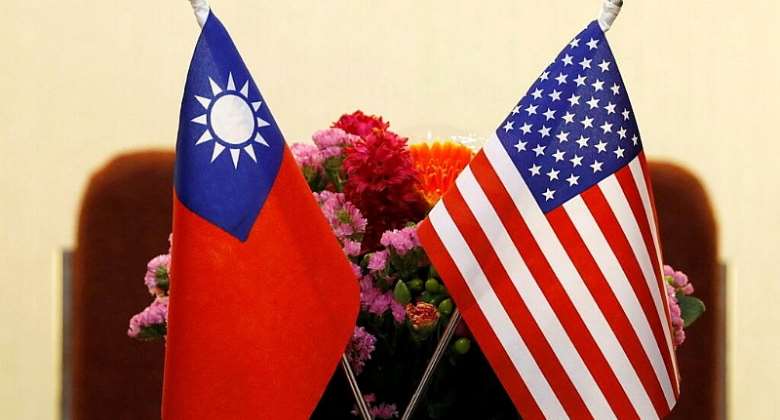 The United States and Taiwan have agreed to start trade talks under a new initiative to reach agreements with "economically meaningful outcomes", with a Taiwan official saying China's "economic coercion" would be also be discussed.

Washington and Taipei unveiled the US-Taiwan Initiative on 21st-Century Trade in June, just days after the Biden administration excluded the Chinese-claimed island from its Asia-focused economic plan designed to counter China's growing influence.

The office of the US Trade Representative said the two sides had "reached consensus on the negotiating mandate" and it was expected that the first round of talks will take place early this autumn.

"We plan to pursue an ambitious schedule for achieving high-standard commitments and meaningful outcomes covering the eleven trade areas in the negotiating mandate that will help build a fairer, more prosperous and resilient 21st-century economy," Deputy United States Trade Representative Sarah Bianchi said in a statement.

Taiwan's top trade negotiator John Deng told reporters in Taipei on Thursday that he hoped talks could start next month, and that this could one day lead to a free trade deal the island has long sought with the United States.

The negotiating mandate released along with the announcement said the United States and Taiwan have set a robust agenda for talks on issues like trade facilitation, good regulatory practices, and removing discriminatory barriers to trade.

It said the start of the formal talks would be for the purpose of reaching agreements with "high standard commitments and economically meaningful outcomes".

Deng said one topic would be China's economic coercion, a reference to actions Beijing takes to block trade with countries it is in dispute with, such as when Lithuania allowed Taiwan to open a de facto embassy in its capital.

"Its economic coercion targets are not just the United States or Taiwan, it's done to a lot of countries. Its harm to the global economic and trade order is great," he added.

Despite the lack of formal diplomatic ties, Washington has been keen to bolster support for Taiwan, especially as it faces stepped up political pressure from China to accept its sovereignty claims.

E-Levy: Gov’t determined to behave like a vampire to suck th...
31 minutes ago

Gov’t will hide behind IMF discussions to force more hardshi...
31 minutes ago