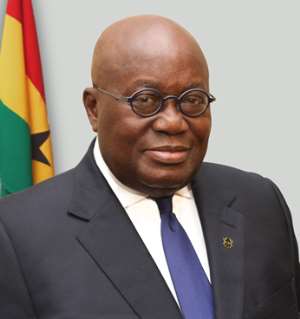 An Economist and Professor of Finance, Prof. Godfred Bokpin is unimpressed with the plenty of talks by government officials when Ghanaians continue to suffer as a result of the economic hardships in the country.

According to him, President Akufo-Addo and his government should move away from the talks and take bold decisions that will turn around Ghana’s fortunes.

His comments come after President Akufo-Addo’s recent assurance that his government is determined to bring relief to Ghanaians.

“We are determined to bring relief to the Ghanaian people, and return the economy back to the high rates of growth that characterised the management of our economy in the three (3) years preceding the COVID outbreak in 2020,” H.E Nana Addo Dankwa Akufo-Addo said while delivering an address at the opening of the 12th Biennial and 50th Golden Conference of the Methodist Church of Ghana.

Reacting to the President’s address in an interview on Citi News this evening, Prof. Godfred Bokpin insisted that only bold decisions will save the country at this point in time.

Prof. Godfred Bokpin continued, “Because of the lack of demonstrable action from the fiscal side there is enormous pressure on Bank of Ghana to try and use monetary policy to do that which is impossible to do. It’s almost like asking fish to climb a tree. Even if you increase the policy rate by 500 bases points tomorrow that can only go as far as eliminating the demand inflationary pressures.”

He further proposed that the government should prioritise a sustained fiscal adjustment predicated more on expenditure rationalization.

According to him, that will help to address the economic problems of the country comprehensively.