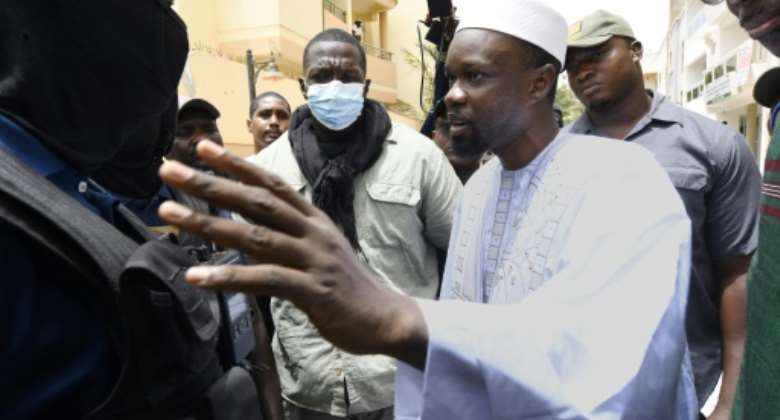 Senegal's main opposition politician Ousmane Sonko on Thursday officially launched his candidacy for the country's 2024 presidential election, accusing the incumbent president and France of conspiring to prevent him from running.

Sonko, leader of the PASTEF party, came third in the 2019 presidential election and there was little doubt he would run again.

The 49-year-old former tax inspector was elected mayor of the southern city of Ziguinchor in January. He has enjoyed a rapid political rise in part thanks to his popularity with young people -- half of Senegal's population is under 20 years old.

But critics characterise Sonko as a populist firebrand. He regularly tears into social elites and corruption, slamming the economic and political grip of multinational firms and former colonial power France.

"I, Ousmane Sonko, if it pleases God and if my party wants it, am a candidate in the 2024 presidential election. No one is better placed than us to win," he said during a press conference in Dakar.

He said President Macky Sall and France fear his advance and "every day, their teams are running at full speed, concocting conspiracies... to prevent the candidacy of Ousmane Sonko".

Last year, Sonko was accused of raping an employee at a beauty salon where he was getting a massage.

His arrest led to several days of deadly riots, looting and destruction in March 2021.

Sonko claims he was set up by the government to knock his 2024 presidential bid off course.

In his speech, he accused Sall of fabricating "cases of terrorism, rebellion, imaginary rape, manufactured with the support of France".

He also attacked French media, which he said acted as an "unofficial megaphone of the Elysee" and presented him as a "dangerous politician".